Marseille, a design capital of the world?

In the Phocaean city, not one month passes without a new designer spot popping up somewhere. The city accelerates timelines in order to continue its forced march towards modernity. And its all a great success because its achievements are often the most triumphant, from the Mucem, the Frac and the Docks etc.

Cool Marseille, impassioned by architecture and design, doubles its “pharaonic” projects and easily rivals Paris, so will the city be able to keep up its course towards this new horizon? Demonstrations of this remain plentiful throughout this popular city, its poverty rate at 25%. The city also has a closed tradition, which dates back to antiquity, when it had to resist history’s assault. Even today, Marseille hardly exhibits itself, and its upper middle class “bourgeoisie” contingent live in tight-knit circles, avoiding the public eye.

Despite all this, a particular dynamic seems to have imposed itself, one that neither crisis nor political risks seem to halt. Marseille, this “beautiful but neglected daughter”, according to local saying, seems to have found the key to a new designer wardrobe.

A quick tour around its latest addresses. 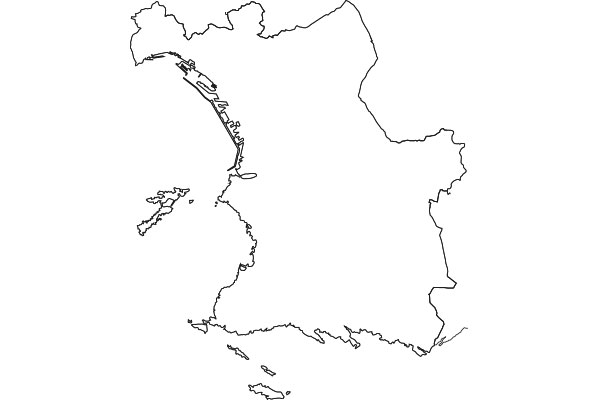 Marseille boasts the title as France’s second largest commune and the third largest populations, with 1, 56 million inhabitants.
As France’s main port, the Mediterranean’s second and the fourth largest port in the whole of Europe, for the last ten years the city has undergone a diverse transformation marked by 2013, which witnessed this Phocaean city become the culture capital of Europe with various architectural designs. The Museum of European and Mediterranean Civilisations (MuCEM), founded in 2013 has thus become the most popular museum in the city (with 2 millions visitors in 2013).

The city’s history has been touched by numerous famous figures: Pierre Puget, “France’s Michel-Angelo” (18th and 19th centuries), is the most famous classical sculptor in the city. He also helped to introduce Baroque art to France. Antonin Artaud also made an impact at the start of the 20th century with The Theatre and its double, followed by Albert Londres who published “Marseille, the Southern Port” in 1927. Marcel Pagnol’s added to its history with his legendary Marseillaise trilogy, comprising of Marius (1929), Fanny (1931) and César (1946), which have also been adapted for the big screen. During the Second World War, André Breton and other realists were refugees in Marseille who founded the Jeu de Marseille.