Wander Around in Perche

In Perche, the landscapes have a singular beauty that never leaves one feeling indifferent. They are punctuated by forests that play with the shadows and light, between hill valleys in the middle of woodland.

Here, we take a scenic stroll to the smell of mousse fraîche and take in the delicate charm of Bellême, Mortagne-au-Perche, Logny au Perche, Boissy Maugis Rémalard, and Condeau that each deliver their own particular beauty throughout the Parc Naturel Régional du Perche. 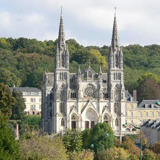 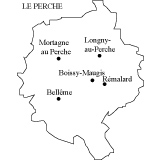