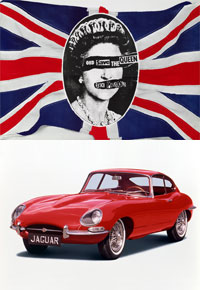 British Design 1948-2012 – Innovation in the Modern Age at the V&A. The V&A has put together an exhibition to celebrate some of the greatest British designers and creators of the Modern Age. Looking back on more than half a century of innovation, the museum highlights the key moments in the history of British design – from the 1948 Olympic Games to the those of this summer – from the original Mini – Morris Mini Minor (1959) – to the model of the water complex by Zaha Hadid, via the Brownie Vecta camera designed by Kenneth Grange (1964) and an evening gown by Alexander McQueen! The exhibition also includes some more pop culture or controversial moments, such as the David Bowie ‘Aladdin Sane’ album cover shot by Brian Duffy (1973) and the Brian Long Torison chair (1971). A gallery of portraits by visionary talents, which in turn illustrates the impulsive radicalism of British art and design. March 31 to August 12, 2012
www.vam.ac.uk 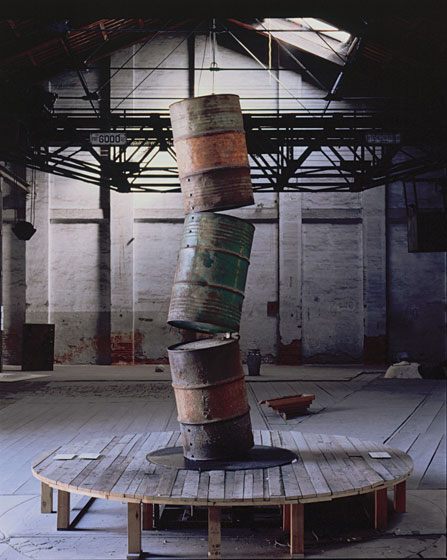 “The Inverted Mirror: Art from the Collections of “la Caixa” Foundation and MACBA” at the Guggenheim Bilbao Led by Álvaro Rodríguez Fominaya, curator of the Solomon R. Guggenheim museum in New York, ‘The Inverted Mirror’ takes a look back on the trends and movements that have changed the history of visual arts from the late forties to the present. The program includes the colorful and highly abstract work of Antoni Tàpies, Sigmar Polke, Julian Schnabel, Jeff Wall, Michelangelo Pistolletto, Thomas Ruff, Gillian Wearing, Bruce Nauman and Andreas Gursky: a collection that ‘mirrors’ the work of innovators and icons.
Until September 2, 2012
www.guggenheim-bilbao.es 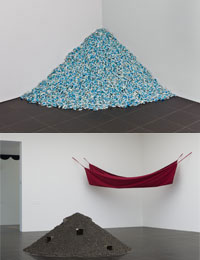 « Minimal and Beyond » at the Hamburger Kunsthalle, Berlin. The emergence of Minimal Art in the 1960’s radically changed the very definition of artwork. Using basic shapes, arrangements in series and industrial materials, this trend, which originated in the U.S., detached itself from any form of illusion, symbolism or metaphor by creating objects to be visible for ‘what they are’. Here we recognize the work of Carl Andre, Dan Flavin, Donald Judd, Sol LeWitt and Robert Morris, who forge a special bond with the space around them. In this way, the “Minimal and Beyond” exhibition includes the contemporary heirs of this founding movement through sculptures, objects, paintings, photographs and video by Hanne Darboven, Isa Genzken, Félix González-Torres, On Kawara, Kitty Kraus, Bruce Nauman, Cady Noland, Gregor Schneider and Andreas Slominski.
Until June 24, 2012.
www.hamburger-kunsthalle.de