The traveller’s spirit of Atelier Hapax 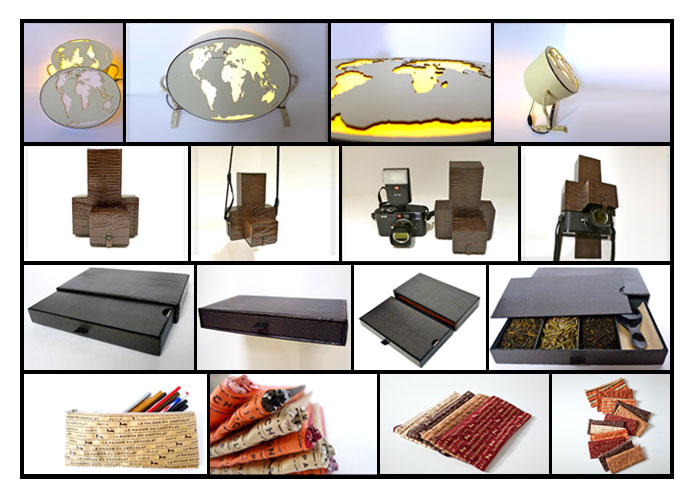 Born from a simple idea, Atelier Hapax has the calibre of the great design houses.

An object, a material, an abandoned accessory, each piece is reborn in the hands of its creator, Sinan Sigic, a new artisanal destination that evokes the world of travel.

It all started with a ribbon, an unremarkable ribbon wrapped around a box. Banal? Not at all…and the fact that it was branded is ultimately of little importance. What matters much more is that it was given a second life, far removed from any revered luxury brand. Some snips and stitches later and voilà – our ribbon has been transformed into a toolkit, as original as it is useful.
The charm of Atelier Hapax is that it aims to discover and express the essence of an object. Coming from a family of craftsmen, Sinan Sigic is passionate about all raw materials – paper, leather scraps, packing boxes – and abandoned objects, in his hands, take on a new function. An old handbag made from aged lizard skin sees itself transformed into a travel-sized tea caddy, whilst a few scraps of leather – chocolate lambskin and alligator porosus – becomes a made-to-measure case for a Leica camera.
Travellers objects are bountiful in his collection: pawns in a chess game made for Maison du Chocolat from simple packing boxes, in their milk chocolate and dark chocolate cases, to an iPad case woven from orange ribbons. His creations are designed to be taken in hand, to play (in a tent or in a first class carriage on the Orient Express?) in the light of a Mappemonde lamp, placed on an ‘Atlas’ desk blotter lined with goatskin, or carved on the back of an ancient map. The journey, when Atelier Hapax is involved, suddenly takes on a new dimension, and revisits the classics with an elegant new sheen.
It remains to be seen what kind of wonderful new concepts Sinan Sigic will dream up in the future…”Postcards laminated with different leathers. It’s the most basic object, but the idea is simple and emotional…”