Jaime Hayon,
between fantasy and elegance 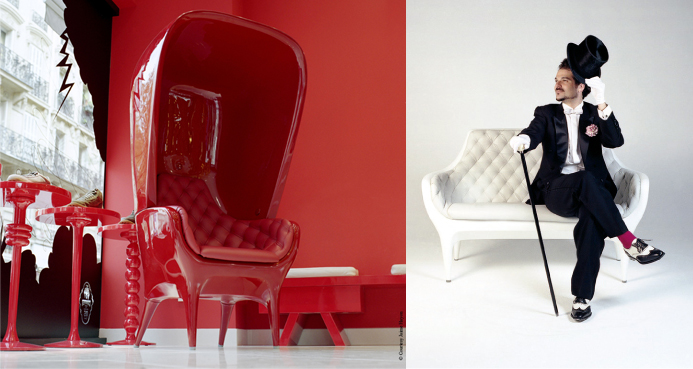 By Marie Lefort and Béatrice Delamotte

The surprising and whimsical Spanish designer Jaime Hayon is part of a new generation of thirtysomethings who have revolutionised the world of design. He first gained recognition in 2006 with his theatrical collection Showtime, which was crammed full of complex historical references, but this was not the young man’s first foray into the fiels. He was the founder and artistic director of design company Fabric by the age of 22, and then left Italy five years later. Since then, he has infused his inimitable style into numerous collaborations with many major design houses: Gaia & Gino, Baccarat, Metalarte, Cecotti, Moooi, Established & Sons, Moroso, BD Barcelona and, most recently, Fritz Hansen, Sé Collection, and Bisazza. His objects are always functional and tend to become instant hits.

In ten years, he has become the front-runner of a particular flamboyant, humoristic European style, confirming his talent and innate creativeness. His non-conformist nature can also be detected in his clothes. Far from being put-off by the colour or the heat of the spotlight, he continues to reaffirm his difference, originality and rebellious nature. Alice Rawsthorn, a design critic for the International Herald Tribune, has followed Jaime Hayon’s career since the beginning. “He is part of a group of European designers who have made their names creating small things, using a dazzling, and very visual language. In our post-industrial world, it is becoming more and more difficult to reinvent objects. Jaime Hayon always succeeds in doing this, with a seemingly infinite variety of perspectives.”

Today, at 36 years old, Jaime Hayon seems to have quietened down a bit. During the last London Design Festival, he unveiled a complete collection of furniture for the design house Sé, with beautiful finishes and subtle, almost faded colours. In Milan, his new collection for the Spanish company aimed to pay homage to fine craftsmanship and beautiful materials. This particular collection was inspired by his study of musical instruments and insects. His latest design for Baccarat, Candy Light, is a discrete lamp that was presented at the Palazzo Morando. And for his first collaboration with Danish producer Fritz Hansen, he created the Favn sofa, in the style of a three-piece suit from a Ready-to-Wear collection, available in ten different versions. For the launch of Bisazza Bagno, his first collection of bathroom furniture for the Italian tile company, he designed a collection inspired by the “glamour of the 1930’s with a Scandinavian touch and feminine forms.” A clear indication of experience, tranquility and maturity. 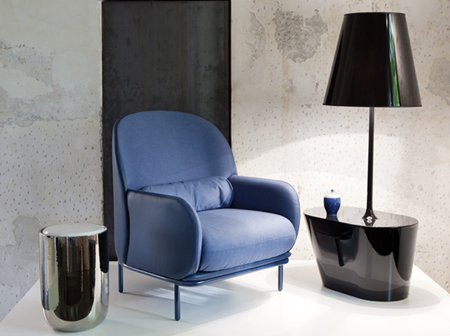 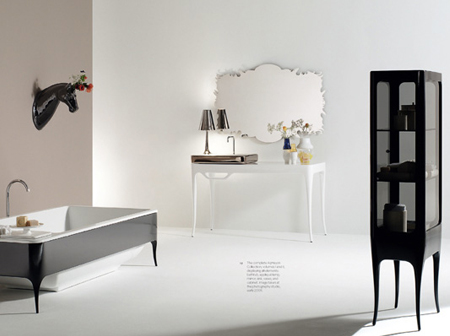 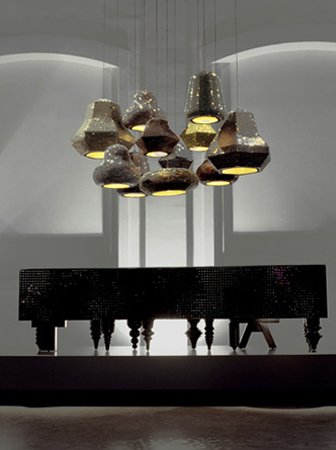 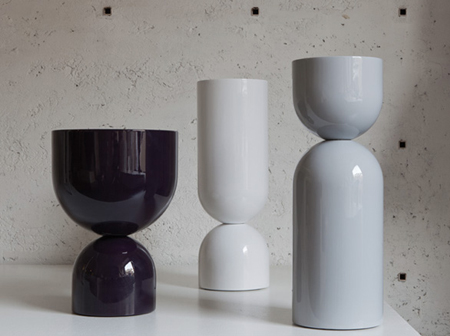 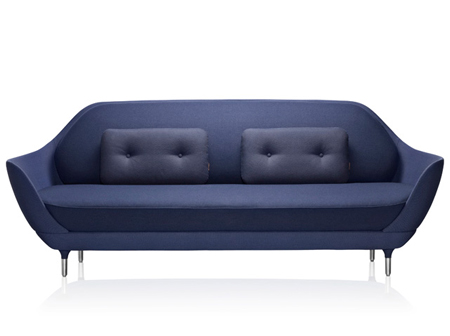