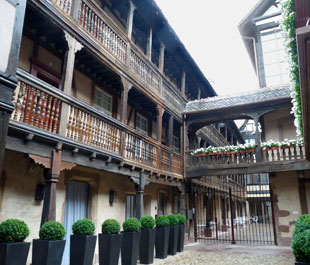 Le Cour du Corbeau crowned « best hotel in France ».
L’Hotel Cour du Corbeau, an establishment by the MGallery Collection, has been honoured as the “best hotel in France” according to the website TripAdvisor. This ranking is determined each year and is based on views and opinions submitted by travellers themselves. Partially hidden away down a mine of narrow streets in the centre of Strasbourg, Le Cour du Corbeau is a haven of peace and history. Classed as a historic monument since 1930, the hotel is a building like no other. Consisting of ten buildings organized around walkways, corridors, little alcoves and stairways, Le Cour du Corbeau has many architectural details that lend this establishment a very unique character.
www.cour-corbeau.com 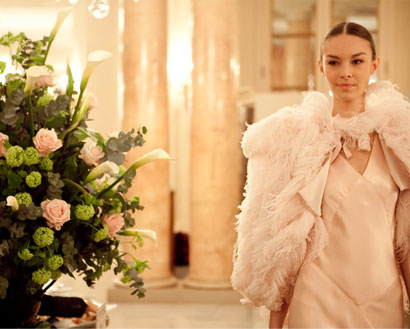 Le Bristol celebrates Fashion Saturdays.
Already in the 1960s, the Hotel Le Bristol was the place of choice for fashion aficionados. For eight years, the palace has reprised its role as a custodian of fashion with “Samedis de la mode”, paying tribute to the elegance of the Faubourg Saint-Honoré. The principle is simple and chic: to offer Saturday afternoon tea-time where, while watching the ballet of models circulating among the tables, guests can savour a delicious tea and a glass of champagne accompanied by pastries. Especially for the occasion, the hotel’s pastry chef Laurent Jeannin has created a unique and limited edition dessert, inspired by the world of the designer. The next catwalk will honour the third collection of Dina Jsr and the spring collection Le Lièvre et la Tortue.
www.lebristolparis.com 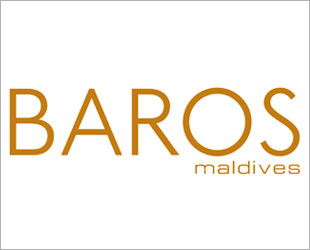 Baros Maldives is« the most romantic resort in the world ».
The Baros Maldives Hotel has been named “Most Romantic Resort in the World” at the World Travel Awards, considered the Oscars of the hospitality industry. Baros Maldives is a small but luxurious island in the Indian Ocean, located in the heart of a beautiful lagoon surrounded by golden sand and beautiful reefs, only twenty minutes by boat from the Maldives international airport. This will mark the fourth World Travel Award received by the resort in 2012, also named “Indian Ocean’s Leading Luxury Resort”, “Indian Ocean’s Leading Villa Award” and “Maldives Leading Water Villas” and the tenth in the past five years.
www.baros.com 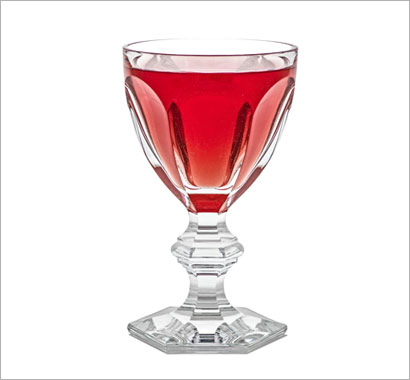 One hundred years of history at the Plaza Athénée.
Since the 20th of April 1913, the date of its inauguration, the Plaza Athénée has remained a symbol of the French “art of hospitality”, gastronomy and Parisian glamour. It has remained committed to the traditions of luxury hotels, at once timeless as well as of its time. To celebrate its centenary, the Plaza Athénée has organised events throughout the year. And so, from January onwards, the bar will be offering a new cocktail to discover created by Thierry Hernandez, the “Baccarat Harcourt.” Characterized by a deep red, the famous “rouge à l’or Baccarat”, the emblematic colour of the house and the Plaza Athénée, the cocktail is reflected in the facets of the crystal glass.
www.plaza-athenee-paris.fr 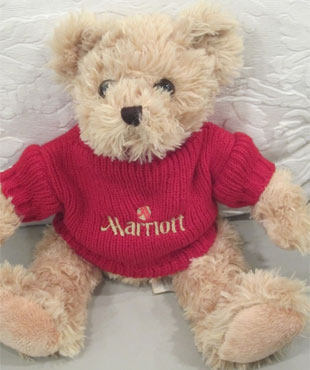 Marriott International continues its commitment
to charity.
After collecting 23,935 euros at the 26th Telethon, the eighteen hotels that are part of the Marriott group in France are continuing their commitment to SOS Villages d’Enfants en France as part of the international program “World of Opportunities”.
In February 2012, as part of the campaign ‘You Eat, We Give’, the hotels donated 1 euro per meal served at lunch and dinner in their restaurants to the association.
This year, the hotels present Marcel, an adorable teddy bear, being sold at the special price of 18 euros at the reception of each hotel.
Profits from these sales will be donated to SOS Villages d’Enfants so that this association can continue its work benefiting its youth aid program.
www.sosve.org 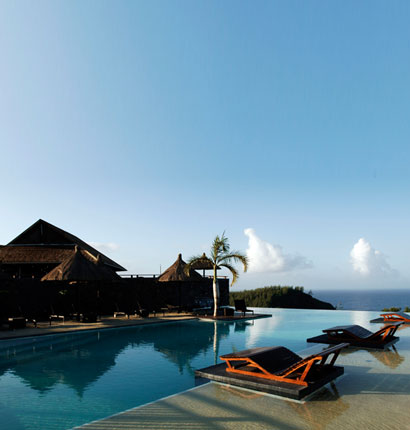 A fifth star for the Palm Hotel & Spa.
The Palm Hotel & Spa is joining the very exclusive club of 250 five star hotels in France, a nice gift for its five year anniversary.
The second establishment on the island of Réunion to win this coveted fifth star, the Palm has therefore secured the position of luxury hotels as one of the key factors of tourism in La Réunion.
Simultaneously, the idea of combining destinations in the Indian Ocean through a new concept, known as the Iles Vanilles, is developing from the shared intentions of Madagascar, Mauritius, the Seychelles and the island of La Réunion. Located on an exceptional site, the Palm offers an innovative concept in Le Reunion, that of the “sea view hotel,” as opposed to traditional “feet in water” establishments.
www.palm.re 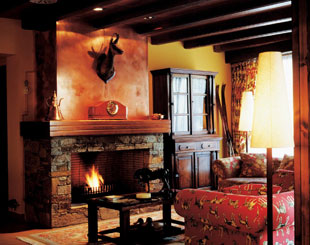 Themed rooms for children
in Andorra.
The Ski Plaza is the preferred stop-off of mountain lovers.
At the heart of Canillo, the quintessential charming village, families can enjoy a quiet and romantic ski holiday while having easy access to the pistes of Gradvalira, the largest ski area in the Pyrenees, by taking the gondola from in front of the hotel.
In addition, throughout the year, the hotel puts on numerous types of entertainment.
The proximity to France and Spain increases the opportunity and allows the two cultures blend to the delight of parents and children.
www.plazandorra.com 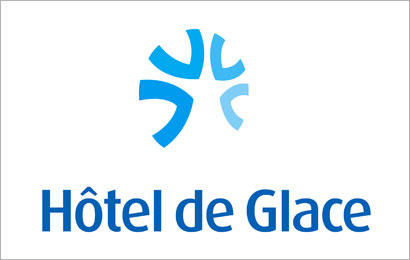 An ice hotel in the heart of Quebec.
As with each winter for the past thirteen years, the Hotel de Glace in Quebec arrives with the cold…and leave with it too.
An extraordinary temporary sculpture, it features a monumental lobby decorated with a majestic ice chandelier, 44 rooms and themed suites, a chapel for an original wedding and a bar where cocktails are served in an ice glass!
Discover this marvel before March 24.
www.hoteldeglace-canada.com 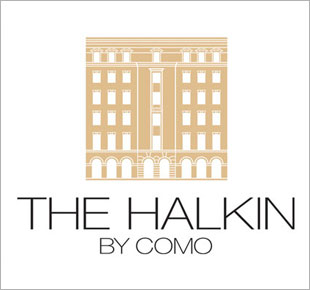 A new Basque restaurant in The Halkin Hotel by Como.
Ametsa is the name of the new restaurant that will open its doors in early February in the Halkin Hotel by Como in London. The eatery is the result of a collaboration between the hotel and Chef Elena Arzak – voted Best Female Chef in the world by British magazine “Restaurant” in 2012. Ametsa (which means dream in Basque) aims to popularise new Basque cuisine. In this restaurant, which will replace Nahm, Elena Arzak wants to bring together healthy ingredients and techniques from the Spanish Basque region to introduce people to surprising and modern new flavours. Freshness, local resources and organic produce that is of the earth or from the earth, are the order of the day for this female chef.
www.comohotels.com 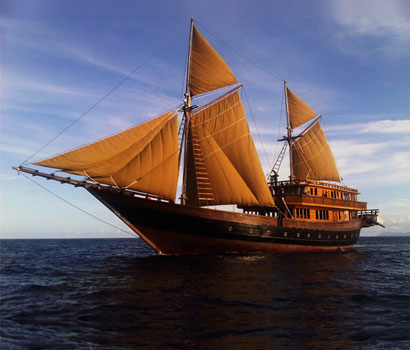 Cast off aboard the Alila Purnama.
Alila Hotels & Resorts has launched a luxurious traditional wooden boat in Indonesia. The yacht Phinisi Alila Purnama can accommodate up to ten passengers to travel in absolute comfort, aided by the Alila spa treatments that are offered onboard or on the nearby beach. The yacht is 46 meters long, has three decks and was handcrafted in the traditional style of a Phinisi, as if it were to be used by the Bugis sailors of South Sulawesi in Indonesia. Respecting the Alila philosophy of preserving the design and sustainable development, all the furniture onboard was made to order in teak, rattan and other local materials. On the boat, four cabins and a master suite (with a bay window offering a 270° view) ensure that passengers thoroughly enjoy the cruise and relax at sea.
www.alilahotels.com/purnama 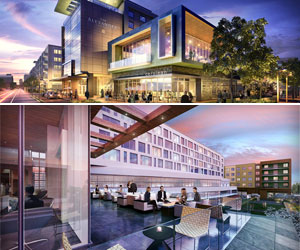 The Alexander opens
in Indianapolis.
The skyline of Indianapolils has been beautified with a new silhouette after the opening of The Alexander, the new Dolce hotel. Nestled in the heart of a new neighbourhood in the heart of the city, the building of 209 rooms and suites primarily focuses on art. In collaboration with the Indianapolis Museum of Art, forty contemporary art pieces were chosen to be displayed in public areas of the hotel, and twelve unique pieces of art were specially commissioned for The Alexander.
www.thealexander.com 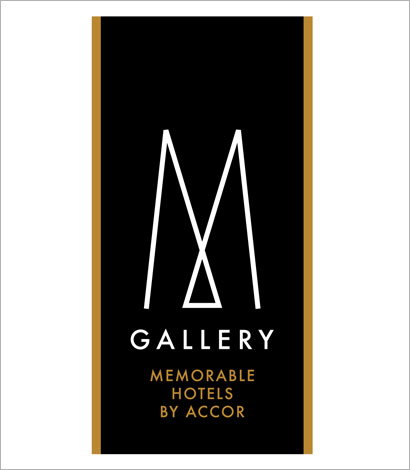 MGallery: three new hotels in Australia.
MGallery, the collection of upscale hotels by the Accor group, is welcoming three new establishments in Australia: Harbour Rocks Hotel in Sydney, The Como and Hotel Lindrum in Melbourne. Located close to the famous Sydney Opera House, the Harbour Rocks Hotel is set in the heart of “The Rocks”, a legendary district, which saw the first English settlers. With a rich history, the hotel and its 59 rooms embody the new spirit of luxury. Set on Chapel Street, Melbourne’s most fashionable area, The Como is a surprise from the moment you enter through the great lodge-gate. It has 107 rooms and suites, as well as an impressive indoor pool bathed in natural light and a roof terrace. Finally, the Hotel Lindrum, located close to the theatres and museums, has 59 rooms decorated in beige and orange, creating a resolutely contemporary atmosphere.
www.mgallery.com 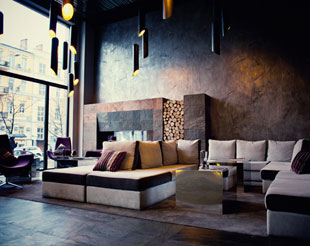 11 Mirrors, a new Design Hotel in Ukraine.
To explore the capital of Ukraine and its historical and cultural heritage, 11 Mirrors, one of the latest establishments from the Design Hotels association, is an ideal rest place. Just as mirrors reflect our realities, 11 Mirrors offers several different experiences: curiosity, optimism, passion, courage, creativity, independence, sense of humour, generosity, trust and harmony. These themes are embodied in the 49 rooms and suites, which have been designed to reflect the personality of their occupants. A stylish and sophisticated destination to discover the modern face of Kiev.
www.designhotels.com 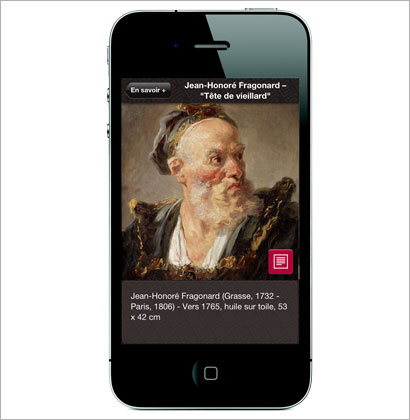 IPad app for the Musée Jacquemart-André.
Downloadable in French and English on the Appstore, the Musée Jacquemart-André iPhone and iPad app allows visitors to discover this nineteenth century mansion and its exceptional collections in an alternative fashion. The application displays two interactive maps and 18 points of interest through which you can discover the private apartments of the Nélie Jacquemart and her husband Edouard André, the beautiful rooms on the ground floor or the “Italian museum” upstairs. One hundred high definition pictures ensure that you don’t miss any of the masterpieces on display. Finally, for art history buffs, the records of twenty pieces of work and the biographies of 53 great masters who have exhibited in the museum are available to learn more.
www.musee-jacquemart-andre.com 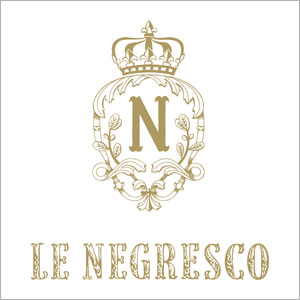 The Negresco
celebrates 100 years.
It was on the 8th of January, 1913 that Henri Negresco opened the doors of his palace in Nice which became, with its gleaming white façade and rose coloured dome, the flagship of the Baie des Anges. For a century, the Negresco, a mythical palace, has overlooked the Promenade des Anglais. To pay tribute to the many artists and artisans who have contributed to this landmark hotel, the hotel has decided to organise ‘les Journées des talents’ (the Days of Talents) in the springtime. For their part, the two restaurants La Rotonde and Le Chantecler (2 Michelin stars) are offering a special centennial menu, a special vintage champagne, and a selection of rare wines and spirits such as this 100-year-old Armagnac.
www.lenegresco.com 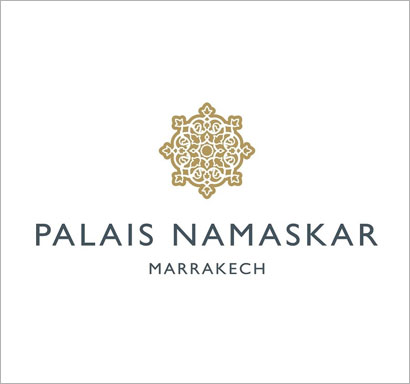 The Palais Namaskar Marrakech wins a major award.
At the last European Hospitality Awards, the Palais Namaskar Marrakech won first prize in the “Best Building of the Year” category. This award represents recognition of hospitality professionals for the quality of the institution, a member of the Oetker Collection and the Leading Hotels of the World. The jury noted the quality of infrastructure and services, and a “successful marriage between modernity and cultural heritage, while avoiding the pitfalls of caricature”. Built according to the principles of Feng Shui, the Palais Namaskar consists of 41 individually designed villas and suites, surrounded by pools and ponds. A destination in itself.
www.palaisnamaskar.com