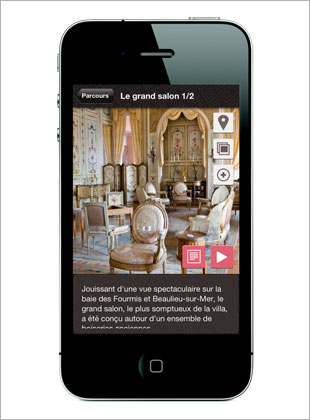 Villa Ephrussi de Rothschild launches its application for iPhone and iPad.
All visitors equipped with a smartphone can now download the app for iPhone and iPad from the Villa Ephrussi de Rothschild on the Appstore.
On the menu, a 1h30 guided tour to discover the Villa, gardens and daily life at the Belle Epoque with three interactive maps and 42 points of interest.
More than 150 high-definition images allow you to venture into the salons and gardens of the Villa, observe the works and objects of art, look at the plants a bit closer…as if you were there.
The service also offers an audio guide, the application, thanks to geolocation, allows the visitor to trace their path in the gardens step by step and to be informed of various points of interest along the way.
www.villa-ephrussi.com 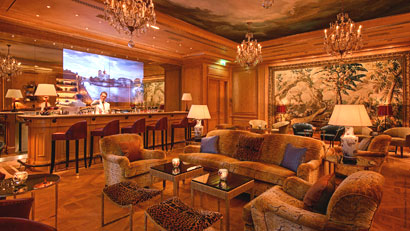 Le Bristol opens a bar of the night.
With the opening of the “Bar du Bristol”, the hotel of the Rue du Faubourg Saint-Honoré is entering a new era and becoming a point of reference for Parisian nightlife. Designed by architect Pierre-Yves Rochon and Maja Oetker, the Bar du Bristol hosts a Parisian clientele and international décor that combines classicism and modernity until 2 am, seven days a week. For the décor, the most reputable maisons and ateliers were asked to provide their most beautiful products: the Venetian house of Rubelli, silk manufacturer Le Manach, the house of Porta Romana…Behind the bar, the head barman Maxime Hoerth has invented several new creations such as the Bristol Old Fashioned n°1 or the refreshing Heartbreaker.
www.lebristolparis.com 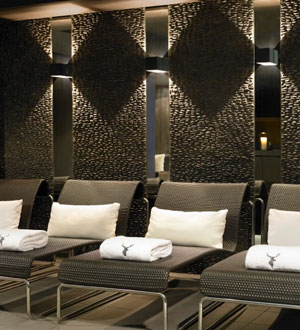 The hotel spa opens Alpaca Hill in Mégève.
Located in the heart of the Mégève valley, the Alpaga Hotel is joining forces with the upscale Swiss brand La Colline for its new spa.
Designed as a bubble of escape, where the notion of time is put aside, the space has a cosy atmosphere with a simple décor chosen for your well being and relaxation.
Each lavish treatment marries technique to know-how, inspired by the most sophisticated traditional Asian methods..
www.alpaga.com 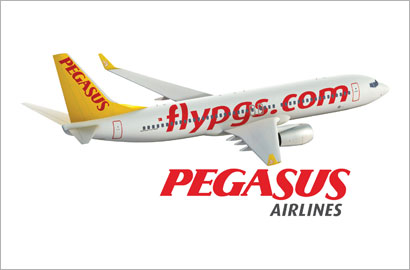 Pegasus connects to Dubai.
Pegasus Airlines is expanding its international network with its first long-haul link to the UAE. Flights to Dubai International Airport are available from Paris Orly, St Etienne Bouthéon and Marseille Provence (via Istanbul) from October 18. With a record of unwavering punctuality, and quality on-board service, these new Boeing 737/800s are the force of the first private airline in Turkey.
www.flypgs.com Holiday Inn hides diamonds in European hotel rooms.
In the first week of October, guests of the European Holiday Inn hotels can try their luck in finding a diamond hidden in their room. They have been placed in France, the United Kingdom, Spain, Germany, Belgium, the Netherlands, Russia and Turkey. Treasure hunters will discover clues on the groups Facebook page. The only thing that remains is to book a room…
www.facebook.com/holidayinn
www.holidayinn.fr 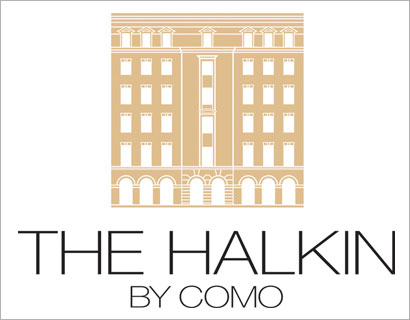 “Japanese Afternoon Tea Rituals” at The Halkin by Como in London.
This fall, a taste of Japan will be honored at The Halkin by Como in London, with the launch of its “Japanese Afternoon Tea Rituals.” Created exclusively by William Curley, the four time winner of the best chocolate in Britain, they will reinterpret the Japanese tea ritual in a modern way. Available in limited edition from 8 October, the menu consists of new pastries accompanied by a selection of savory and freshly baked scones. The Japanese teas and infusions come from chez Jing, an expert in teas.
www.comohotels.com/thehalkin 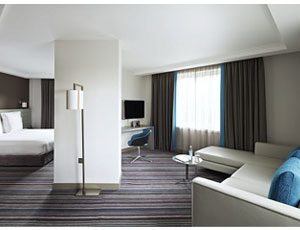 The Pullman moves to London.
The Pullman London St Pancras is the new address in London. With a cosmopolitan and contemporary style, the 312 room hotel is located three minutes from King’s Cross station and offers a panoramic view of London. The very contemporary architecture and design of the Pullman London St Pancras was inspired heavily by the King’s Cross area and draws its inspiration from the themes of urban connectivity, the world of travel and the dynamism of modern life.
www.accorhotels.com 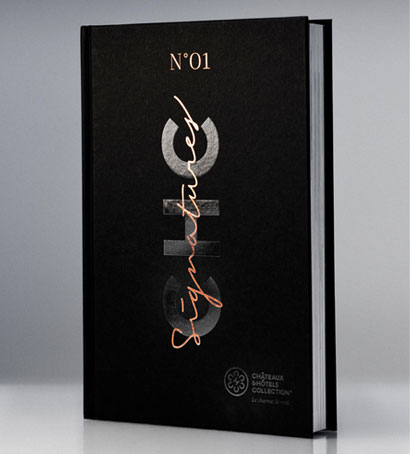 Châteaux & Hôtels Collection, the 2012 edition.
Châteaux & Hôtels Collection has released its new exclusive guide, CHC Signatures, inviting us to discover the 81 exceptional hotels united in the eponymous collection of work. The “signatures” of the Châteaux & Hôtels Collection are recognized as original works of modern hotellerie. Each one has been designed by a team of “artisan hoteliers” that are committed to offering the best: unpretentious refinement, at once elegant and generous, cultured and creative.
The hotels of the CHC Signatures collection are divided into six categories, all offering travel experiences beyond the mere service hotel.
To give them all a unique character, each universe is embodied in a personality, such as an incredibly successful woman who is revealing her vision of travel and all her most valued advice.
www.chateauxhotels.com 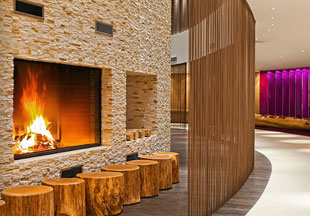 The Opening of the Radisson Blu Resort Bukovel in Ukraine.
In late August, the Radisson Blu Resort opened its doors on the slopes of the Bukovel resort in Ukraine. Located in the Carpathian Mountains, the hotel offers an upscale ski infrastructure that functions in a made-to-measure fashion to suit all levels of experience as well as a sumptuous Spa & Wellness complex to pamper its guests. With a view of the breathtaking mountains, this property offers 252 rooms and suites with direct access to the slopes.
www.radissonblu.com/resort-bukovel 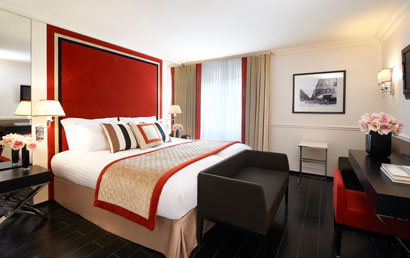 The Hotel Castille Paris wins its fifth star.
The Castille Paris has joined the coveted ranks of the five-star hotels of the capital. An excellent achievement for the hotel following a complete renovation of forty rooms in the Opera wing.
The new Deluxe and Superior rooms have been imagined by the designer Andrea Auletta in a classic contemporary style using a palette of black, cream and coral.
www.starhotels.com 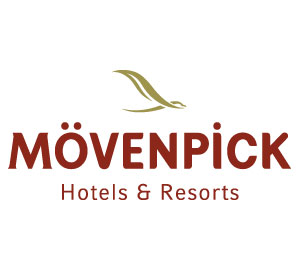 Mövenpick Hotel opens
in Ankara.
Mövenpick Hotels & Resorts has just opened a new contemporary hotel of 176 rooms in the heart of the Turkish capital. Located in the Sogutozu district, it is the ideal starting point to discover the city from and is right next to the Armada Shopping Mall, crowned “best shopping centre of the year.” An example of twenty-first century architecture, the hotel’s design is inspired by the famous curved Nazar Boncugu – an eye amulet traditionally worn to protect against evil spirits. The pale green tones mixed with American walnut wood bring a wholly relaxing atmosphere to the rooms.
www.moevenpick-hotels.com 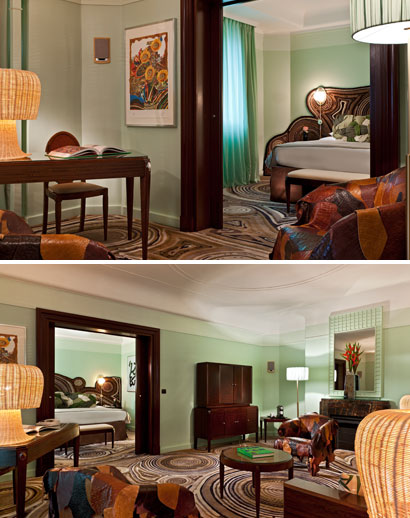 The Campana brothers inaugurate their suite at the Lutetia.
After the David Lynch suite, it is now the Campana brothers’ turn to launch their “Fernando & Humberto” suite in Lutetia.
A source of inspiration for the duo of Brazilian artists, the timeless left bank hotel is a reference to the supreme elegance and the art of French living in their eyes. “Our goal was to make a contemporary suite in a classic environment.
We worked around browns and greens to create a cosy atmosphere. The furniture, chosen to suit the hotel, was simply customized to get this colour palette.
Always in keeping with the idea to make this room more modern and bring a touch of design, we developed a unique carpet covering the entire floor and part of the walls, as well as outlining a headboard.
The end result is elegant, refined and certainly brings a touch of Brazil,” remark the Campanas brothers. The Maria Cristina
smartens up for its
100th anniversary.
Located in San Sebastian, Spain, the Maria Cristina Hotel is reopening for its centenary after complete restoration work. A revered monument in the city since 1912, Maria Cristina has been at the heart of the San Sebastian Film Festival for over half a century.
Overlooking the city centre, the building is considered one of the most prestigious hotels in Europe, designed by French architect Charles Mewès for the Queen Maria Cristina.
For its restoration, the Art Nouveau interior has been preserved while adding a touch of luxury with fine materials and softened touches.
www.theluxurycollection.com/mariacristina 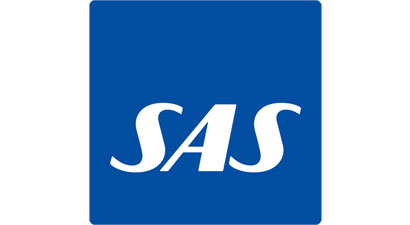 First SAS flights
to Stavanger.
The Scandinavian airline SAS is launching a new non-stop service between Paris and Stavanger, Norway, four times a week.
This new route will allow passengers from Paris to discover this little gem in the heart of Norway, including the Prelkestolen cliff that offers an impressive view over 600 feet above the waters of Lysefjord.
www.flysas.fr 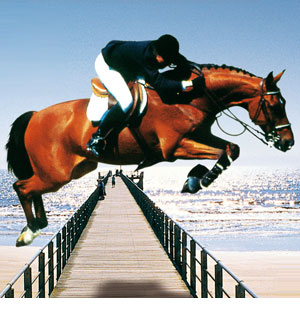 500 horses
for Caval’Océane.
On the 22nd and 23rd of September, several hundred horses are expected on the beach of Saint-Jean-de-Monts for the 11th edition of Caval’Océane.
At the time of low tide on almost 8km of white sand, professional riders will come face to face in several events. Caval’Océane is also an opportunity to discover little-known equestrian sports such as the beach version of ski-joëring and horse ball.
Alongside it, numerous other attractions will occur over the two days such as the aerobatic show “A tout allure”, demonstrations teams, and beginner lessons for children and adults.
http://w1p.fr/72342 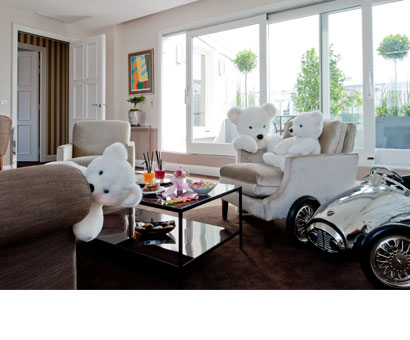 The Burgundy pampers the petite.
So that parents can enjoy their children whilst also enjoying moments of freedom, the Clés d’Or concierge of the Burgundy are offering many new activities for the little ones. Face painting, origami, magic, clowns, an introduction to balloon sculpting, lessons in baking, chocolate making, patisserie, cooking…the ideas abound!
The hotel has even commissioned a special puzzle in a nod to the famous sculpture by Guy de Rougemont, as well as a colouring book filled with the emblematic areas of the hotel and Paris.
www.leburgundy.fr 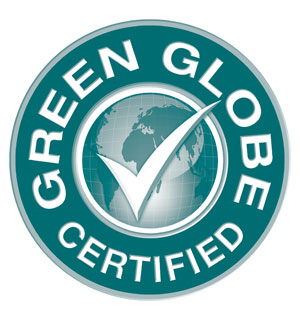 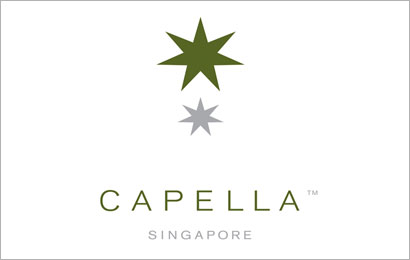 Capella Singapore named best hotel
in Singapore.
Travel + Leisure magazine has classed the luxurious Capella Singapore among the most lavish hotels in the world.
This is the only hotel in Singapore to achieve such recognition.
The annual ranking is established according to a survey of its 4.5 million readers who vote for their favourite cities, hotels, cruises and islands.
www.capellahotels.com 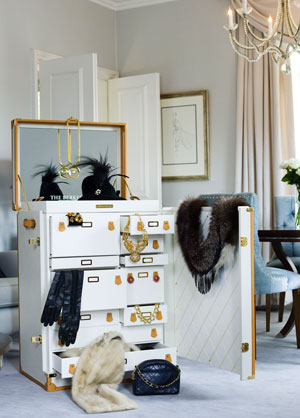 A vintage treasure chest
at the Berkeley.
The Berkeley is collaborating with the vintage London showroom Atelier Mayer and returning to the Anglo-Saxon concept of a trunk show, featuring rare and emblematic accessories from the 50s, 60s and 70s in a sumptuous travel trunk. Carmen Haid, founder of Atelier Mayer, who specializes in vintage fashion and accessories, has personally selected her finest accessories, from Christian Dior, Chanel, Saint-Laurent Paris and Courrèges, among others.
For one evening, guests of the Berkeley Suites can borrow the treasures of the trunk and complete their look with a few essential accessories. Each drawer of the famous trunk will be full of lovely items, all accompanied by a documented explanation of their origin.
The Malle aux Trésors has been hand made in London in the Norton MacCullough & Locke ateliers, suppliers of the finest trunks in the world. Originally designed for boat trips and long cruises, the trunk has eleven drawers of varying sizes, a bevelled mirror and a suede-covered tray that can be placed on its dresser or a table.
www.the-berkeley.co.uk