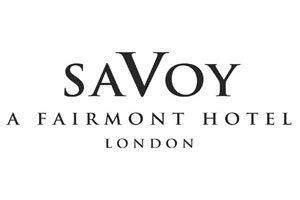 The Savoy celebrates the Jubilee of Queen Elizabeth
From the 2nd to the 5th of June, festivities will be taking place to celebrate the Jubilee of Queen Elizabeth in commemoration of her sixty years of reign. In the spirit of the many festivities organized, such as the parade of the Queen in a carriage and the River Pageant, a procession of several thousand boats on the Thames, the Savoy Hotel is offering a “Diamond Jubilee” package. Two nights in a double room (breakfast included) and a four-course dinner (from 1475 euros) to put you in a royal mood.
www.fairmont.com/savoy 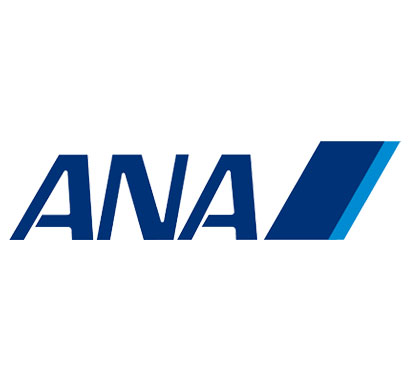 Pierre Hermé on
All Nippon Airways
Airline company All Nippon Airways (ANA) is offering, in collaboration with the house of Pierre Hermé Paris, an “Haute Patisserie” service. First Class passengers on its international routes can enjoy a moment of luxury in the air by tasting the fabulous desserts that result in a unique “universe of tastes, sensations and pleasure”. Three new desserts will be on offer from the month of June on flights from Japan to Europe and the United States. Still to come, in September, Business Class passengers will also be able to experience this special dessert menu created by Pierre Hermé. And finally, the three creations made for ANA’s First Class will also be on the menu at Bar Chocolat, the patissier’s flagship boutique in Tokyo, for a limited period of time.
www.ana.co.jp 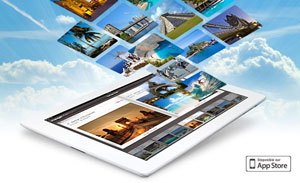 Voyageprive.com
launches its iPad application
With its new application, Voyage Privé is giving iPad users the chance to profit from its selection of high-end holidays with exclusive tariffs of up to 70% off.
It is even possible to receive recommendations and create alerts so that you never miss one of their interesting sales.
www.voyageprive.com 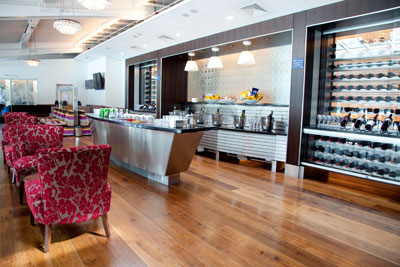 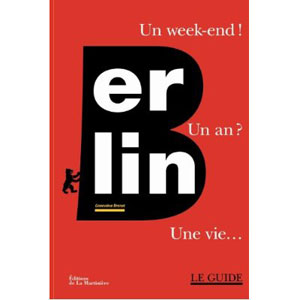 A little guide
to discover Berlin
Designed like a case consisting of three booklets, the work of journalist Geneviève Brunet is at once a guide and a beautiful book. The little guide “Un week-end” offers an illustrated selection of the best addresses to discover Berlin in two days with three “ready to go” itineraries prepared per day. Magnetised, it can be detached and carried around in your pocket. The “Un an” book gives tips on how to have a successful trip, reveals the city’s most secretive addresses, and ideas on where to go for walks throughout the seasons. And finally, the “Une vie” section is a portfolio enriched with profiles of several Berliners who confide their favourite addresses. Indispensable!
Editions La Martinière, 29,90 euros
www.editionsdelamartiniere.fr 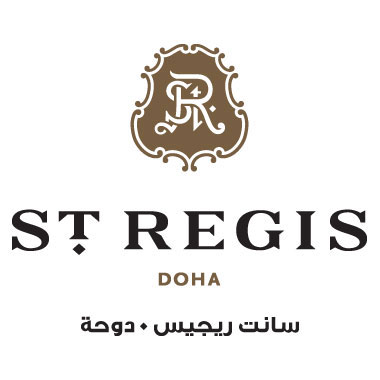 The St. Regis redefines luxury
in Doha
The Starwood Hotels & Resorts Group has just inaugurated its latest pearl, the St. Regis in Doha, Qatar. Perfectly situated in the new beach side neighbourhood of Al Gassar Resort, this palace houses 336 rooms of which 70 are suites and two presidential suites, all offering an unobstructed view of the Persian Gulf. Its ten restaurants have been equipped by some of the most celebrated chefs in the world such as Gordon Ramsay and Gilles Bosquet. Moreover, Hakkasan, originally from London, has introduced Doha to an authentic Cantonese cuisine, bringing it back into fashion. And finally, the St.Regis offers the first 16000 m2 Remède spa in the Middle East.
www.stregis.com/doha 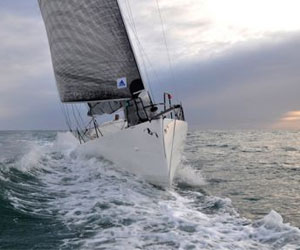 Literary postcard competition with Belambra
Until the 30th of August 2012, the Belambra group is organising a big literary competition.
How do you get involved? It’s simple – just send them a postcard. A jury of several personalities (including Jean-Paul Enthoven, Marc Lambron, Marie Billetdoux, Alexandre Jardin, Christophe Onodit-Biot…) will select the winners in two categories: adults (from 14 to 99) and children (from 5 to 13).
The winners will be offered a trip to one of the Belambra clubs and the victor of the adult category will also receive a copy of their first published book. The prize giving will take place in October in Saint-Germain-des-Prés.
www.belambra.fr 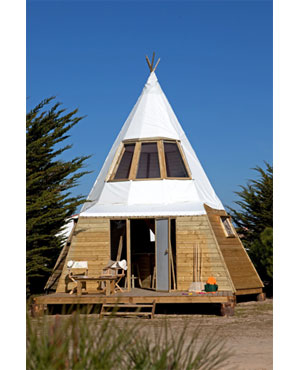 Alain Dominique Perrin invents the modern tipi
Initiator of the 100% natural and 100% luxurious Original Camping concept, Alain Dominique Perrain has designed a modern tipi with multiple levels. These exceptional lodges in cream canvas and brown wood offer an unadulterated level of absolute comfort. In their Majestic form, they take on a whole new dimension: as veritable canvas duplexes, they provide luxury accommodation for up to 5 people. On the first floor, a communal space houses a fully equipped central kitchen, a bathroom space with a bath as well as three sofa beds. At the top of the wooden staircase is a superb master bedroom with a double bed and a panoramic view. Isolated and heated, the Majestic Tipi also has a terrace with parasols and sun loungers in order to profit fully from the magnificent location in the heart of Noirmoutiers countryside.
www.camping-les-moulins.com
www.camping-du-midi.com 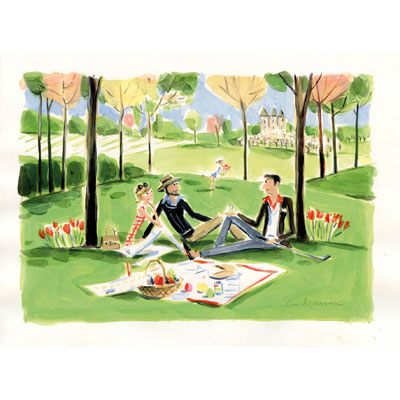 Relais & Châteaux revives the tradition of lunching on the lawn
You can now sample the cuisine of Relais & Châteaux in the midst of total nature and elegance, such is the experience that the heads of the association are now offering. Each landlord has gathered the best products of their region to concoct the ideal picnic basket with local flavours. Each one has also chosen within a 30-minute radius of their house, a magical area that allows you to discover the elements with a bucolic party. To participate in these rendezvous’ planned for the Saturdays and Sundays of June, Relais & Châteaux offers a picnic basket to be booked with the participating houses, (45 euros per person, free for children under the age of 10 with a limit of three children per couple). You are guaranteed to have a good time and share a wonderful moment with friends or family. Relais & Châteaux will donate 5 euros from each picnic basket sold to the Institute for Brain and Spinal Cord Disorders (ICM).
www.relaischateaux.com