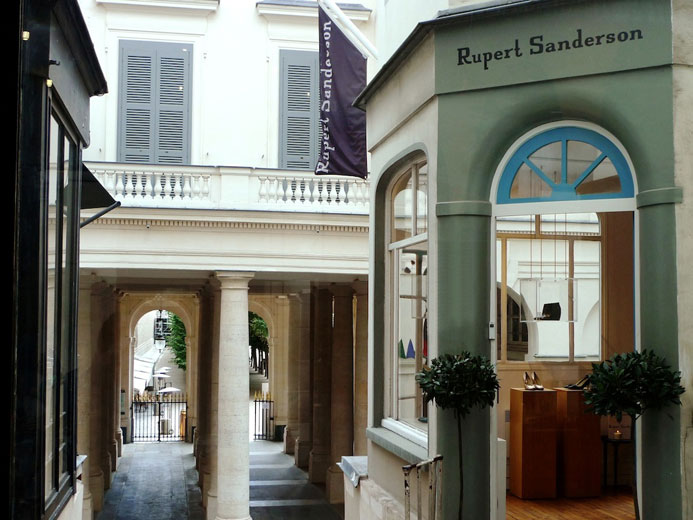 Neither too extreme nor too vulgar, neither clinical nor obliterated with sequins, British shoe designer Rupert Sanderson seems to have found the perfect equation for creating collections that are as elegant as Roger Vivier’s, as arty as Sergio Rossi’s, and as colourful as Jimmy Choo’s…

Whilst training at Cordwainers College (where Jimmy Choo studied before him), the young Brit quickly developed a passion for artisanal handiwork and the most luxurious Italian leathers. After learning the tricks of the trade at Sergio Rossi and Bruno Magli, he launched his first ‘Made in Italy’ collection in 2001. His approach was ahead of its time: praise the minimal by keeping only what is essential.

In order to shine on red carpets the world over, he focuses on styling the straps, accentuating cuts in order to magnify the ankle, not hesitating to diversify his colour palettes or even to use the skin of a multicoloured snake for the aptly named Hydra pumps, which shimmer in changing lights.

A perfectionist and a colourist, there is no detail that escapes him, no reference that does not inspire him, from London to Paris passing through Hong Kong and the royal engagements of Kate Windsor. Which does she choose ? The elegant Troy stilettos in fading python or the highly creative Kibo wedges that surf the codes of an African Remix with their heel dressed in black and white raffia, fuchsia pink or curaçao blue gros grain, and stitched zig-zag leather ?

At the recent Cannes Film Festival, the shoe designer was also present in thought by taking his turn to pay homage to Marylin Monroe. “A fragile and irresistible sex bomb, an icon of the 1950’s who has endured the ages, Marylin Monroe succeeded in inventing a unique style imbued with a gracious femininity and a timeless elegance, and remains a source of inspiration for numerous designers today,” explains Rupert Sanderson. Made from deep black leather speckled with crystals, the Marylin platform sandals are adorned with a luscious pair of Swarovski rhinestone lips.

This model could easily become a part of the independent designer’s 10/10 collection, which is a capsule collection that revisits the brand’s 10 biggest hits from the past decade. One thing is certain though – the next decade will only further confirm the success of the master of the arch, especially after opening the ball with a pair of shoes that have been christened Marylin.

News : to celebrate the Queen’s Jubile, the new Marquita’s sandals take the inspiration from the Union Jack. At Selfridge, 400 Oxford Street, London.