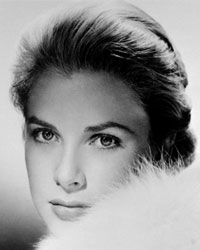 Monaco and Capri in the spotlight in Roquebrune Cap-Martin. From the 5th to the 15th of July, the island of Capri will be offering a brief look at its twin, the principality of Monaco, at the Vista Palace Hotel in Roquebrune Cap-Martin. The program includes ten days of events shared between the hotel and its beach, the Vista Palace Beach. A charity gala and an exhibition of new photographs with the “Stars of yesteryear in Capri” theme are some of the events that will fill the days under a banner of fashion, glamour and fine dining.
www.vistapalace.com 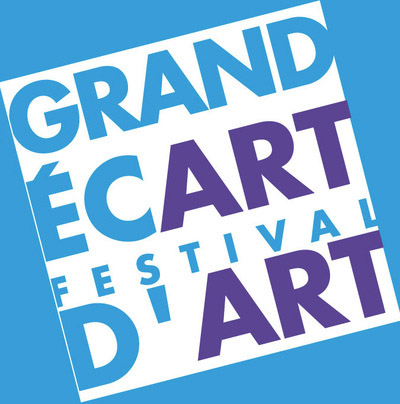 Grand Ecart art festival in St. Briac. From July 8th to September 9th,
the Grand Ecart art festival is showcasing the traditional and the contemporary, painting and music, renowned artists and children’s drawings to discover St. Briac in all its glory. Exhibitions and concerts punctuate the event throughout the summer and invite participants to discover the architectural heritage of the city, the Mecca of seaside resorts. 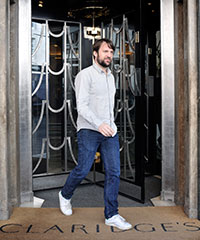 Noma moves to Claridges for the Olympics.
René Redzepi, the chef at Noma
in Copenhagen, voted the best restaurant in the world, has settled in for a few weeks at Claridges in London during the Olympics. Called “A Taste of Noma at Claridge’s” the temporary 170 seat restaurant will host guests for lunch and dinner from 28 July to 6 August. The opportunity to discover a special five-course menu that honours the chef’s cuisine while using local and seasonal ingredients (£195 per person). 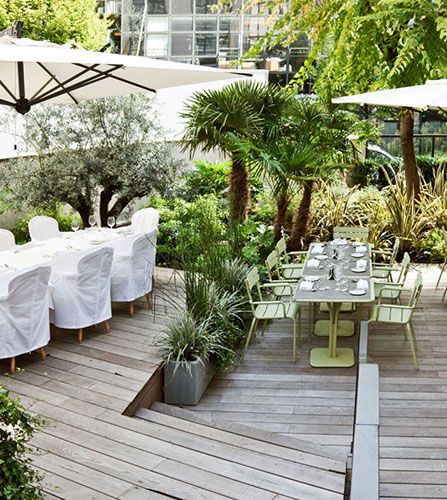 A fashionable brunch at the Table du Huit. In the still-secret garden or at the restaurant, amongst the very Parisian decor designed by Maison Martin Margiela, chef Benoit Hilaire combines beautiful flavours and products to create a gourmet and refined brunch. In addition to the sweet and savoury buffet, he has recently invited Japanese chef Akiyuki Nakamura to make sushi and thus vary the pleasures. As for the cocktails, Nader the barman has concocted specialties with and without alcohol.
From 12pm to 4pm on Sunday. From 48 euros.
www.latableduhuit.fr 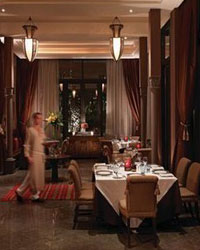 A new menu at Divinamente Italiano, restaurant at the Four Seasons Resort Marrakech.
Located in the new Bleu d’Orange pavilion, the Italian restaurant at the Four Seasons Resort Marrakech is offering a new summer menu, devised by Neapolitan chef Francesco Montano. The menu is like a trip to Italy, focusing on southern flavours. To accompany dinner, the waiter Federico Colombo, originating from Pisa, gives valuable advice on how to associate the food and wine. The duo has a common ambition: to make Italian food and the ritual of the aperitivo renowned in Marrakech.
www.fourseasons.com 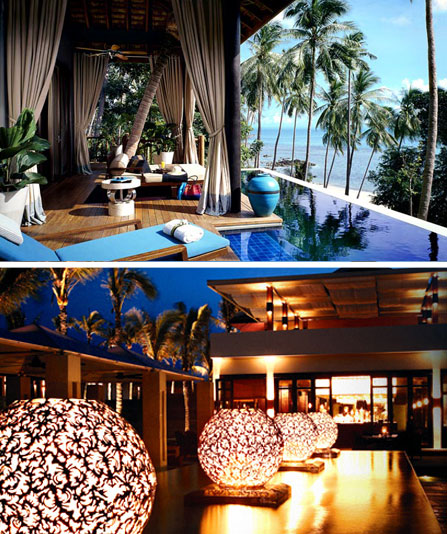 Observe the Blue Moon in Vietnam. Do you know the Blue Moon? This astrological phenomenon as exceptional as it is rare takes place on August 31. To observe this extraordinary event from a haven of luxury, The Leading Hotels of the World is offering a timeless getaway in Han Hoi, Vietnam. Situated on a beautiful sandy beach, The Nam Hai hotel invites you to discover the diversity of the cultural heritage and the hospitality of the people. With a 5 night package (from 1,160 euros) you can visit the city and neighbouring sites registered to the World Heritage of Unesco, the waterways and learn about the richness of Vietnamese cuisine.
www.lhw.com 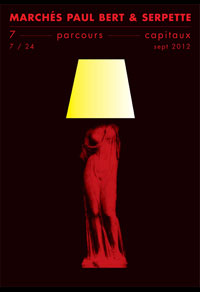 The 7 capital routes at the Paul Bert and Serpette markets. From the 7th to the 24th of September, Serpette and Paul Bert, the two “stars” of the Saint-Ouen flea market, the largest flea market in the world, is offering a new look and unprecedented sources of inspiration with seven courses designed by “7 +1” personalities. Jean-Jacques Aillagon, Vanessa Bruno, Stephane Chapelle, Pierre Gagnaire, Bruno Racine, Roxane Rodriguez, Yuksek and Philippe Starck – they are all keen amateur collectors and passionate about “china”. For this event, which has been scheduled to fit in with Paris Design Week, each personality has made a selection of twenty objects or pieces of furniture in all the styles, ages, and art forms from early twentieth-century design. The approximately 150 objects – identified in the stands – will form the “7 capital route”. As for the “+1” selection by Philippe Starck, it will be presented as an exhibition in the dining room of his new restaurant, Ma Cocotte. 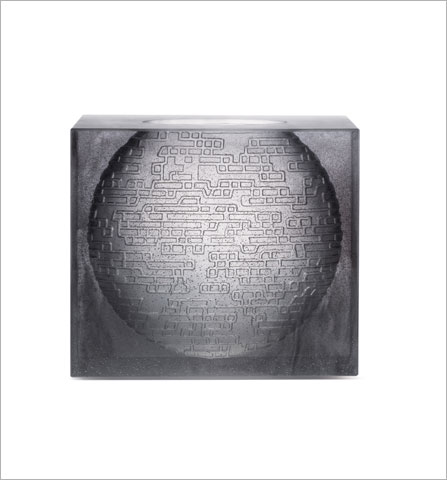 Daum participates
in the « Transmissions » exhibition in Paris. The “Transmission” exhibition intends to highlight the excellence of French design and the value of the savoir-faire that has been handed down from generation to generation for the sake of continuity, but also for evolution. The work of the house of Daum fits perfectly into this project of transmission between artists and designers. It is therefore only natural that the house will present a number of works in the exhibition at the Hotel de Ville in Paris. 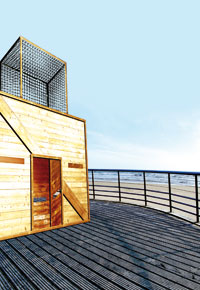 “La Folie” on the beach of Saint-Jean-de-Monts. As part of the “Rêve de plage” summer festival which runs from July 8 to August 26 in Saint-Jean-de-Monts in the Vendee, Yann Falquerho is presenting his new work, “La Folie”. Upon reservation, you can spend a night in this unique and ephemeral space and experience new and original sensations, with nothing but the sea in front of you.  Yann Falquerho is inspired by the codes of practice of the station and has created an “experimental” piece. Starting from the dual observation that the space of the beach  allows, sometimes, with little room for privacy and that the vision of the sea is permanent, he decided to do the opposite in reinventing the architectural heritage of the nineteenth century, “La Folie “. The creation reworks the codes of a case of cargo stranded on the sea front. Designed to engage visitors from the outside, it can house two inside the space for an evening or overnight for an experience to enjoy together, in total privacy.
www.saint-jean-de-monts.com 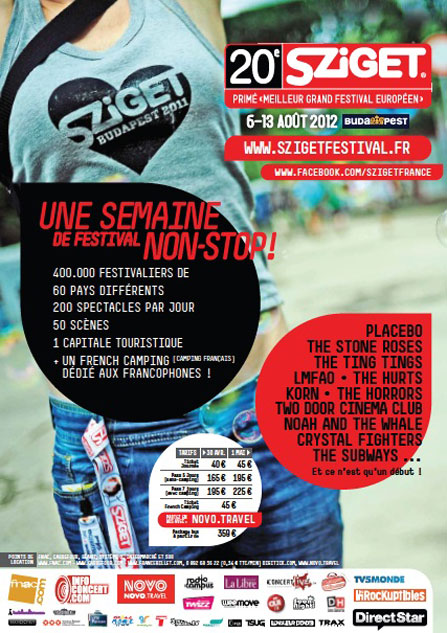 Sziget Festival, the Budapest rock version. From August 6 to 13, Budapest is having its rock ’n roll moment with the Sziget Festival, recently voted “Best European Festival”. For the 20th anniversary of the event, nearly 400,000 festival-goers from 60 countries are expected on the island of Obudai on the banks of the Danube, for eight days of concerts. In total, more than 400 concerts will follow one another on twenty stages. Guests will have the opportunity to see The Stone Roses, legendary Manchester band that is reuniting fifteen years after their separation, LMPFAO, The Killers, Placebo, Deus, Paolo Nutini, Maximo Park and The Tings Tings. The French music scene has not been left out: Shaka Ponk, The xx and the rappers of 1995 are all participating in the largest music show of the summer. For festival goers from the Hexagon, a French Camping is even being planned…
www.szigetfestival.fr 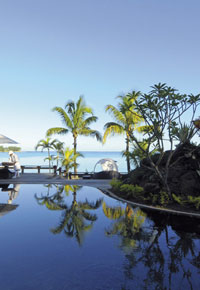 Experience perfection at the Royal Palm, Mauritius. A legendary address, the Royal Palm is being further enhanced by the expertise of Jacques Silvant, director of the institution. Here is a man who in love with his hotel, whose main concern is to transform the Royal Palm into a luxury hotel with a human touch. A lifestyle constructed with delicacy, which ignores the trends to meet the classical tradition of the Mauritian hotel industry. At Grand Bay, in the northwest of the island, the beach of the Royal Palm is sheltered from the wind. In addition to activities related to the mythical lagoon of Mauritius, the hotel offers gastronomic delights from starred chef Michel de Matteis, the welfare of the Clarins spa to which were meditation and yoga added recently, as well as light-hearted entertainment for families. From 15 July to 15 September, the clients of Exclusive Travel can benefit from discounted rates, early check-in and late check-out and can be offered an upgrade upon availability. www.exclusifvoyages.com 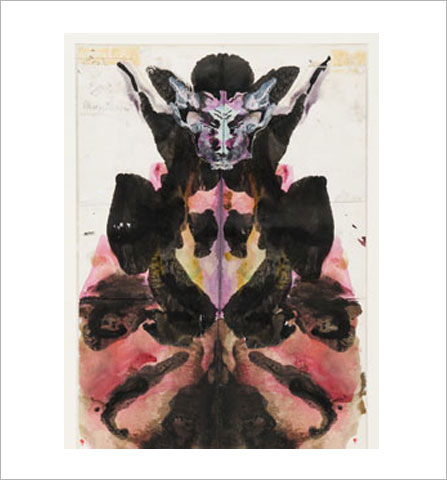 «L’Etoffe
de la modernité», costumes from the twentieth century at the Opéra de Paris.
The National Opera of Paris and the National Library of France are putting the odyssey of stage costume to the test of modernity by exhibiting creations by the greatest artists of the twentieth century at the Palais Garnier, from Marc Chagall to Yves Saint Laurent, who designed for the singers and dancers of the Opera. The exhibition is complemented by a tribute to the workshops in the public spaces of the Palais Garnier.
Until September 30.
www.operadeparis.fr