Pierre Corthay,
a Bootmaker in Paris. 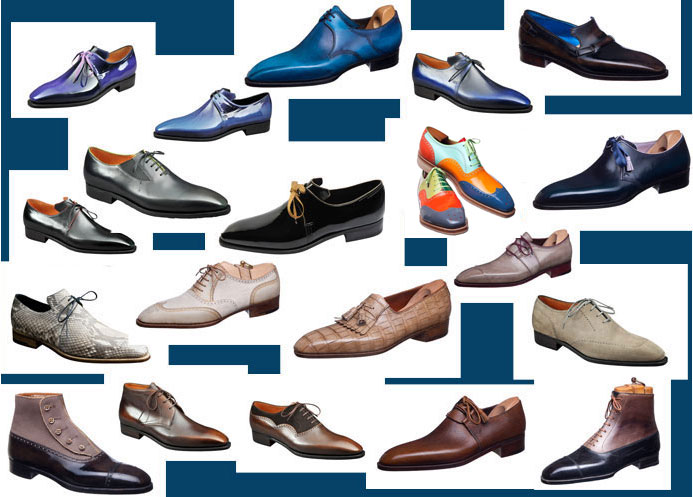 Freedom, savoir-faire, excellence… these are all words that foretell the Corthay style. His is a style that is at once outrageous and elegant – creations that are contained but audacious, ready-to-wear products with a made-to-measure feel.

The lines are pure, the materials luxurious – a legacy of many years spent alongside the best – with bright colours and deep textures, and a freedom of tone which was passed down very early on by a family of artists. Calfskin varnished in orange or raspberry, purple calfskin with a ‘black’ patina, natural matte python, candied orange crocodile…these shoes are made to be enjoyed as much as they are to be worn. They make the statement “that the shoe is a fashion accessory, that it is made to awaken these sleeping clothes and these rules that imprison us.”

Pierre Corthay comes from a line of artisan shoemakers who, from John Lobb to Berlutti, looking past the perfection of techniques and materials to emphasize personality and character. As a result, references to certain male archetypes are numerous and the “Electrochoc” collection is for a man who is a bit of a dandy, a bit rock, and a little bohemian, hence the need for elegance alongside an unconventional attitude and faultless taste. Corthay’s aesthetic comes from having a very high standard of savoir-faire, but his originality comes from the complete control of its production. From conception to completion, he manages all stages of the manufacturing since he became the first in 2003 to establish his own manufacturer, a small factory near Paris where highly skilled workers adapt made-to-measure methods for the ready-to-wear line.

These lines with evocative names: “Oedipe,” “Oedipe Roi”, “Schizo”, “Electrochoc” are the culmination of work that has its roots in the rigour of custom making. Pierre Corthay cultivated this bespoke ethic after working for five years in the made-to-measure ateliers of Berlutti and made his first orders for the Sultan of Brunei. Preferring shock to chic, Corthay’s flock of admirers grows incessantly collection after collection, which has led to his designs being represented in the most prestigious retailers in Europe, the USA and Japan.

Consider Corthay an air of modernity infused with French tradition!