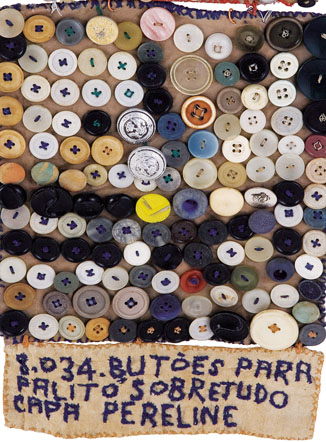 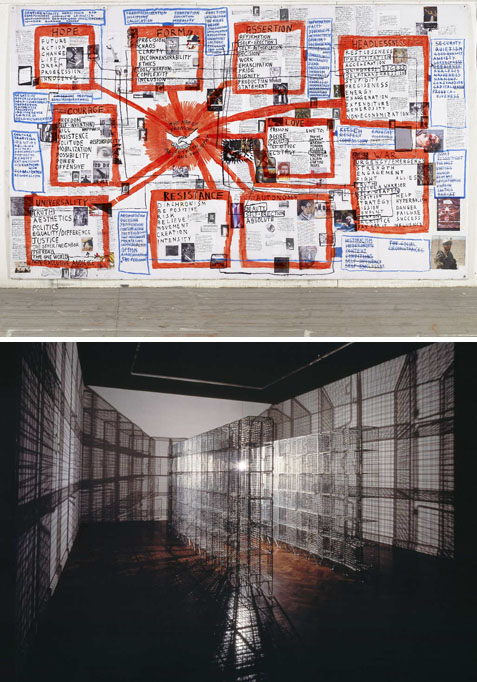 ERRE – Labyrinthine Variations
After an inaugural exhibition entitled “Chef d’Oeuvres”, the Centre Pompidou of Metz is using the labyrinth motif as its starting point to explore the subjects of wandering, getting lost, ambulation and their representations in contemporary art. In these twists and turns, universal and archaic mazes, one is able to get lost in, explore, discover and apprehend chaos in its constructive form whilst moving about in a totally disorientated manner. An intellectual and artistic exploration that pushes the boundaries of space and time.
From September 12th at the Centre Pompidou de Metz
Thomas Hirschorn and Marcus Steinweg, The Map of Friendship between Art and Philosophy, 2007. Cardboard, paper, plastic sheet, transparent tape, felt, prints, biros. 240 x 400cm. Stephen Friedman Galley, London  © the artist and courtesy of the artist/ Stephen Friedman Galley, London/Stephen White.
www.centrepompidou-metz.fr
Marie Le Fort 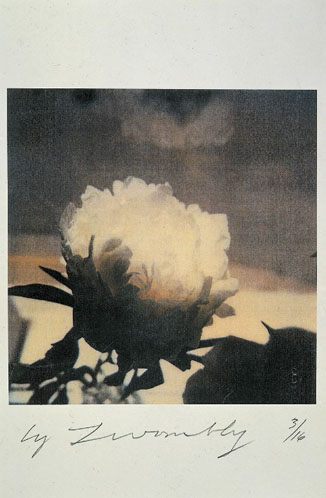 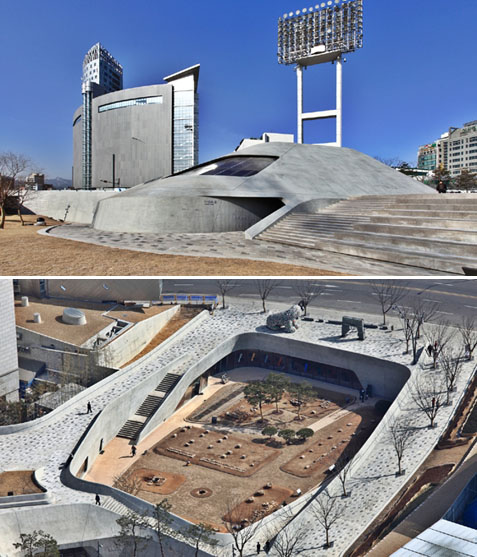 Restructuring of Dongdaemoon Park by architect Zaha Hadid, in Seoul.
A space treasured by Koreans, Dongdaemun Park is located at one of the four historic gates that punctuate the city, at the site of the Royal Palace.
Originally called Heunginjimun, the park houses the largest wholesale clothing marker, several stadiums, baseball and football, and open spaces for family walks. A bridge between modernity and history, it has been redesigned by Zaha Hadid which has bestowed upon it a new sense of order due to the clean lines. The work will be completed this year.
Mi-Su Kim 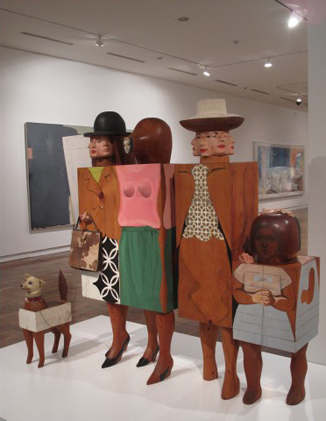 The collection of the Whitney Museum on display at the National Museum of Contemporary Art in Seoul.
The National Museum of Contemporary Art in Seoul is organizing one of its most important exhibitions of the year featuring American artists. Man Ray, Jasper Johns, Robert Rauschenberg, Andy Warhol, Jeff Koons… 87 pieces of work by 48 artists exploring three themes, “American ion and every day life”, “Objects and Identity”, with a special section dedicated to American modernism within the walls of Deoksugung Palace.
Until September 25th 2011.
www.moca.go.kr
Marie Le Fort 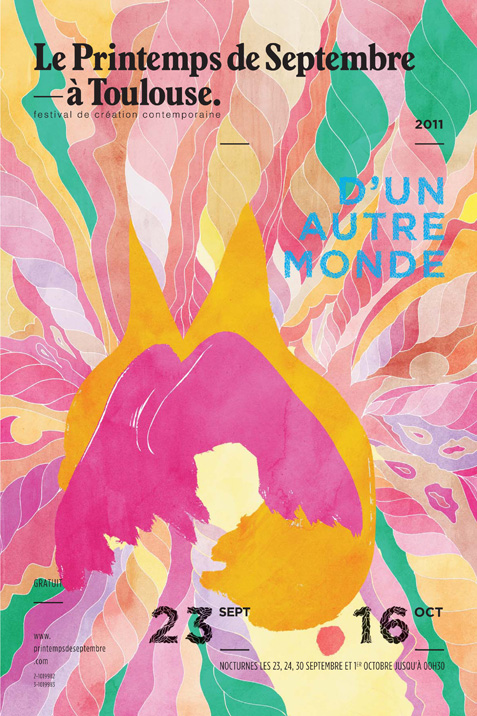 Le Printemps de Septembre
The festival of contemporary art, Le Printemps de Septembre in Toulouse, explores “Un Autre Monde”, or the necessity for artists to find ways and areas of expression that can be powerful engines of creation. Anne Pontégnie, the artistic director, explains that
“In a world saturated with images and history, it’s the more abstract and elementary energies that artists need to liberate new possibilities of expression. Gestures, signs, totems, ceremonies, invocations are among the tools that a generation of artists are using to define new territories.” All these explorations can be discovered in twenty different areas of the city.
From September 23rd to October 16th 2011 in Toulouse.
www.printempsdeseptembre.com
Marie Le Fort