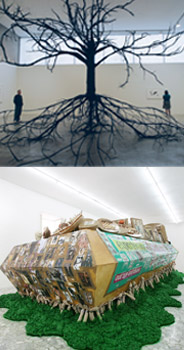 Dublin Contemporary 2011
Dublin is proving itself as a legitimate artistic hub with the first occurrence of Dublin Contemporary. The first major exhibition of contemporary art in Ireland, the event is being held at Earlsfort Terrace until the end of October. Exhibited in an old Victorian building from the 18th century, the installations and the pieces match the décor which is ‘just enough’ decrepit to give them some soul, enabling them to escape the traditional ‘white cubes’ which are so often favoured by museums, foundations and galleries. Running the show under the direction of Jota Castro and Christian Viveros-Faune, four other institutions – among the largest galleries in the capital – have also been involved in the event : the National Gallery of Ireland, the Douglas Hyde Gallery, the Dublin City Gallery The Hugh Lane, and The Royal Hibernian Academy. Exploring the theme “Terrible Beauty: Art, Crisis, Change and The Office of Non-Compliance”, this first edition features the work of over 110 Irish and international artists. And with them, Dublin is making its mark on the international creative scene. Until October 31, 2011.
Thomas Hirschhorn, The Green Coffin, 2006, wood, spray paint, polystyrene, hands made of synthetic resin and ceramic, watches, tape, print, cardboard, fabric, chess pieces, chess boards, crustaceans made of plastic, sculpture photocopies, handbags, Courtesy of galleria Alfonso Atiaco. Photo © . Text Marie Le Fort .www.dublincontemporary.ie 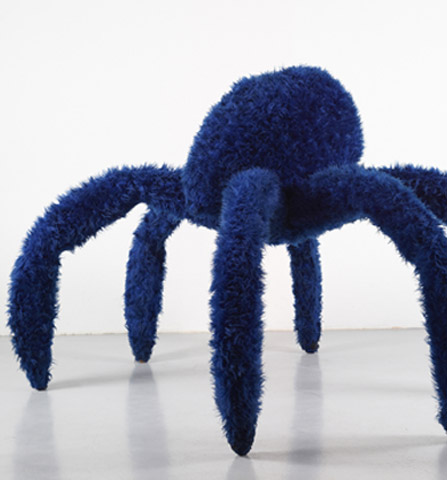 Mumok – Museum of Desires
Made with angular basalt stone from the famous MQ (Museum Quarter), the MUMOK re-opened at the start of the month, in celebration of its tenth anniversary, the Museum der Wünsche – or Museum of Desires. The exhibition opens with La Vedova Blu, the hairy blue spider by Pino Pascali (1968), and highlights the richness of its modern and contemporary collection through paintings by Paul Klee and Gerhard Richter, installations by Sol Lewitt and Dan Flavin, a mural by Cindy Sherman and many more sculptures and photographs. A benchmark in this field. Until January 8, 2012.
Text Marie Le Fort
www.mumok.at 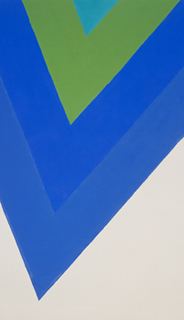 Painterly Abstraction
With the exhibition “Painterly abstraction, 1949-1969: Selected works from the Guggenheim Collections,” the Guggenheim Bilbao takes a look at the trend of abstraction that took over artistic creation in Europe and North America during the two decades after the war. In response to the chaos caused by World War II and under the guise of existentialist philosophy, many European artists were in fact using hybridization and synthesis, and evolving from Abstract Expressionism to Informal Art, to escape the yoke of political and aesthetic tyranny. In their wake, the history of art was written in reference to the talent of Jean Dubuffet, Mark Rothko, Pierre Alechinsky, Lucio Fontana, Frank Stella, and Victor Vasarely…
Until January 8, 2012. Text Marie Le Fort Kenneth Noland, Changement de transmission (Trans Shift ), 1964, Acrylique sur toile, 254 x 288,3 cm, Solomon R. Guggenheim Museum, New York. Acquise grâce aux fonds apportés par Elaine et Werner Dannheisser et The Dannheisser Foundation 81.2812.
www.guggenheim-bilbao.es 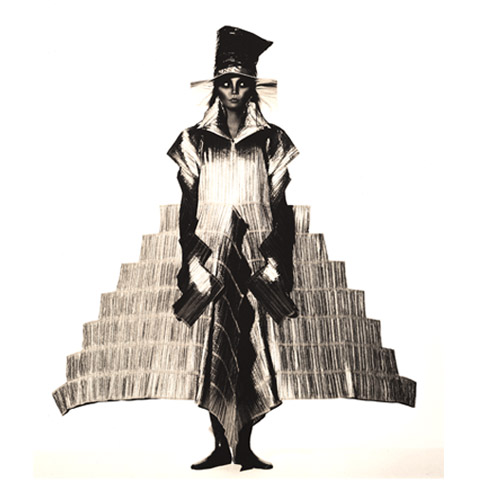 « Irving Penn and Issey Miyake: Visual Dialogue »
By orchestrating a meeting between two geniuses, the Design Sight in Tokyo created a visual dialogue between the photographs of Irving Penn and the cuts of designer Issey Miyake And as the great photographer said of the Japanese designer in 1988: “He takes his inspiration from natural forms – shells, seaweed, pebbles – and natural materials – paper, silk, cotton, bamboo – and adds to them a mysterious air of mythology and folklore. His creations are not ‘fashionable’ but bring to the women who wear them a richness that makes them even more beautiful.”
Open until January 29, 2012.
Text Marie Le Fort www.2121designsight.jp 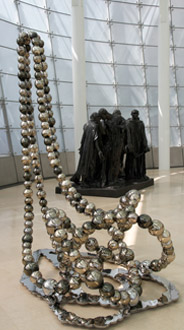 Between strength and fragility.
Jean-Michel Othoniel at Leeum Samsung Museum of Art in Seoul.After being shown at the Centre Pompidou in Paris, the retrospective by Jean-Michel Othoniel “My Way” is currently being exhibited, in South Korea, at the Plateau du Leeum Samsung Museum of Art in Seoul, until November 27, 2011. Through a medium of imaginary worlds, mythological inspirations, dream metaphors and personal experiences, the sixty works made from sulphide, phosphate, blown glass and wax by the French artist, who comes across fragile and naïve in appearance, are telling a story about sexuality, the ambivalence of the world, and the tension between beauty and repulsion. It is a tribute to the Surrealist artist and to popular culture. The retrospective will later be installed at the Hara Museum in Tokyo and at the Brooklyn Museum in New York (August 17 to November 9, 2012). The Plateau gallery (formerly the Rodin Gallery) reopened in May 2011 and houses permanent the two most important pieces of work ever done by the master, ‘Les Bourgeois de Calais’ and ‘Les Portes de l’Enfer’.
Jean-Michel Othoniel. Visit the retrospective of “My Way” at the Leeum Samsung Museum of Art / Plateau (From September 8 to November 27, 2011). © ADAGP, Paris, 2011. Texte PLUME www.plateau.or.kr