Célia Gumbu-Serra: In my suitcase

Everyone has their own destiny. Unusually for Célia, 36, it is the Muse Hotel in Saint-Tropez. Thrown, perhaps slightly by accident, into the mix barely aged twenty at les Bains, as an assistant to Cathy Guetta – glorious beginnings indeed – she very quickly learned (with a capital Q) and took flight, several years later, for Miami. She then had a daughter, going back to square one: starting out on her own, developing the worldwide Nikki Beach concept. There followed a few wonderful years in the sunshine in Saint-Barthelemy and the rest…then, feeling nostalgic for her homeland, she then returned to her natal South. It was at the turn of her 30th birthday that things took on a much greater importance. Once again, slightly by accident, her path crossed with that of Malaysian magnate Francis Yeoh (president of the YTL hotel group), who came with his family to stay in the small Var port, frustrated with his hotel. Fair enough really. He told Célia of his dream of creating the perfect haven, far from the agitations of the city and yet close to the coastline. Three days later, a hotel was designed; three months later, Célia’s fate was sealed in Malaysia: she presented a radical transformative project, but equally intelligent, perfectly coherent and environmental. The result is this, with 14 bedrooms, the majority of which stretch over 100m2, at the heart of an extraordinary ecological garden – which was recognised in 2012 for its 160 Mediterranean species that never need any watering – and a contemporary swimming pool that outshines the surrounding “traditional” pools

Short or long haul?
Whether its ten minutes or to the other side of the world, I travel in the same way. I can easily set off spontaneously and as often as possible. A journey is the most enriching thing that I know. I love meet people, learning local customs. That is what I try to do with hotels: explain the origins of Saint-Tropez to regional clients. You have to return home after a journey full of experiences

What is your best travel memory?
A small guest house in the Punta del Este. My father lived there and he used to call it the Saint-Tropez of Uruguay. I was surprised: they weren’t similar at all! I found myself in the home of a little old woman, surrounded by her horses, which was like nothing I had ever seen before. During my stay, she shared her daily life, her traditions and explained the ways of her country

Your favourite hotel in the world?
I like the Soho house concept, from their design to their branding. They live simply. They know how to integrate the environment with nature and logic. But for me, one legendary hotel that remains a success is the Isle de France in Saint-Barthelemy. It is now slightly below the Cheval Blanc pavilion and yet, they haven’t changed at all. They have had the wisdom to avoid “formatting” their staff. The team always welcomes you with kindness and sincerity

Espadrilles or stilettos?
Espadrilles – I am a true gypsy! Every year, I go away to Thailand with my family, where I rent a house and walk barefoot for six weeks

Your favourite destination?
Koh Samui and Koh Tao, so that I can swim with dolphins and go diving with the kids

Your last journey was to…?
Gordes, in Lubéron. I love the villages perched on top of rocks. I come here to escape at weekends…when I am not organising “food” adventures with friends. Next, it is onto “cassoulet à Carcassonne” 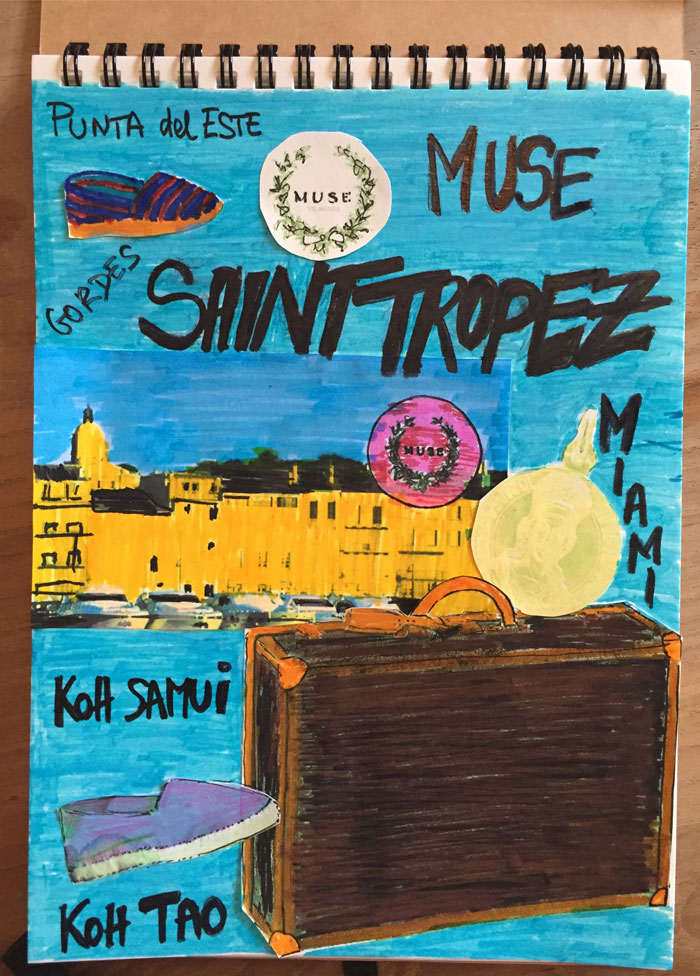