A train for health 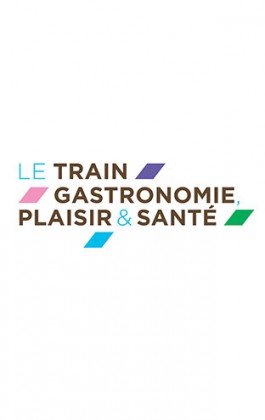 The SNCF Train Exhibition “Food, Fun & Health” will tour France from November 25th to December 13th across 16 cities. From Paris Nord to Clermont-Ferrand via Lyon, Lille … to end in Paris Nord on December 13th, it will aim to celebrate the exceptional French culinary heritage, to understand the basics of a balanced diet for better health and value jobs in the food industry sector. This event is accompanied by the Michelin Guide, and guided by the French Society of Cardiology. Big names will join the operation: Jean-Philippe Derenne, professor of medicine, Eric Frechon, three-starred chef of the Epicure restaurant at the Bristol in Paris, Adeline Grattard, starred chef of the “Yam Tcha » restaurant with Chiwah Chan, its master of Teas for the alliances Gastronomy and Teas, Marie-Sophie L., Raw founder chef of «l’instant cru » who devotes raw food as an art, Thierry Marx, two-starred Mandarin Oriental chef in Paris. He offers a cuisine with an avant-garde spirit, Babette Rozières « borderless” chef. She created the exhibition of Overseas gastronomy, Frederic Saldmann, cardiologist and nutritionist, also author of books and finally Guy Savoy, the three-starred chef of the Guy Savoy restaurant. The program includes lectures, workshops and exhibitions to promote local participants and find the pleasure of a healthy diet. One can also go to the waterfront market with a wide selection of local products, and participate in cooking classes hosted by chefs. A. F.-M.