Bavière: the Schloss Elmau, a haven for insiders! 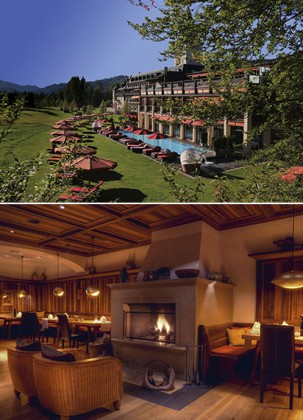 Head 100km south of Munich to Balvière. It is there, in one of the most beautiful Alpine valleys at 1000m high that Schloss Elmau, a 5-star hotel and member of Leading Hotels of the World, has established its two resorts in the same area. The first, the “Château” has often been counted amongst the best hotels on the planet, while the Schloss Elmau Tetreat Luxury is brand-new. With 123 bedrooms and suites in total and 9 restaurants including Michelin-starred Luce d’Oro, an Italian and Thai…and 5 spas. A special note goes to the Badehaus Spa, stretching 3000m over four floors. This comprises of two heated indoor pools, a 15 degree cold bath, saunas and hammams, 15 treatment rooms and three relaxation rooms, whose bay windows – which can be fully opened – overlook the mountains. Schloss Elmau offers various distractions, while its strong point remains the some 200 concerts, lectures and film screenings given every year in a room with the most magnificent acoustics. Take note: for 93€/day and per person, gain access to the various restaurants and activities: breakfast, supper in one of the numerous restaurants, concert halls, entrance to the different spas, particpate in classes and try Pilates, tai Chi chuan and yoga, partake in mountain hikes with a guide, winter transfers to the ski pistes…finally, don’t forget it was here that the latest G7 summit was held at the start of June…
A.F.-M.
www.schloss-elmau.de