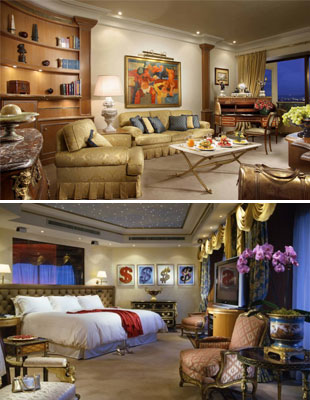 Since its opening in 1963, the Rome Cavalieri Waldorf Astoria Hotel & Resort has been an international icon of luxury.
Its impressive private collection of works of art, worthy of the greatest museums, the famous spa awarded several times, its spectacular wine cellar inventory of over 53,000 bottles and three-star restaurant makes it one of the most fascinating and mythical hotels in the world.
Located a few kilometers from the Vatican and the center of Rome, on the green hill of Monte Mario, Rome Cavalieri has, over the years, welcomed heads of state and movie stars.
From Fred Astaire to Marcello Mastroianni, George Clooney, and Julia Roberts, they have all walked the coridoors.
To celebrate its first “half-century”, many festivities are being held throughout the year, including several picture exhibitions and a care program concocted especially for the occasion.
www.placeshilton.com/rome-cavalieri