Gastronomy and anti-aging treatments at the Mandarin Oriental Barcelona. 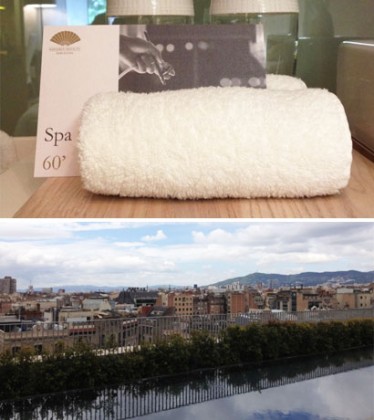 Housed in a former bank on the Passeig de Gràcia, the equivalent of the Champs Elysees in Paris, designed by Spanish designer Patricia Urquiola, the Mandarin Oriental Barcelona has been channeling its energy into improving its anti-aging treatments since springtime. In its Moments restaurant, guests may dine from a special menu concocted by Dr. Manuel Sanchez and starred Chef Carme Ruscalleda, which is focused on slowing down the aging process and restoring the equilibrium of the body through the association of tastes and serving precise portions of food. In conjunction with the facial treatments specially designed for mature skins by Linda Meredith and dispensed at the lavish hotel spa – based on deep cleaning with serums, pure oxygen and collagen – it’s enough to take a weekend to slow down time and enjoy the Catalan capital before seeking proof of eternal youth by visiting the house designed by Gaudi, just opposite the hotel.

For your information, Easy Jet flies to Barcelona from Paris-CDG with 2-3 daily flights, from Lyon-Saint Exupéry with 1-2 flights per day and from Nice with one daily flight at very reasonable prices.
www.mandarinoriental.fr/barcelona/
www.easyjet.com