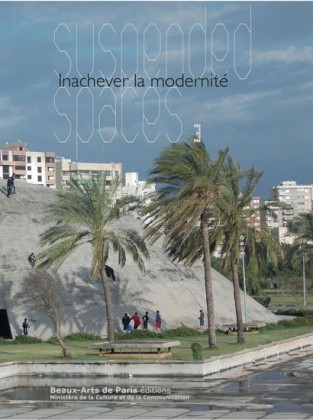 Few people know about it and even fewer Lebanese even realise that they have an architectural treasure of its calibre within their borders! The project, which was founded in 1962 but never completed, is situated in Tripoli in Lebanon, having been designed by Oscar Niemeyer, one of the most famous architects of 20th century, most famous for the construction of the Brasilia. Why was it left unfinished? Civil war froze the site in its incomplete state. It is for this reason that the “Suspended Spaces” collective, consisting of 23 artist and 19 researchers, contemplates numerous questions, including: what can now be done with architectural heritage? These insights, the attention that we have brought to these places, the works that have been carried out in connection with the site, are portrayed throughout a new, recently amended book, simply entitled “Suspended Spaces inachever la modernité” (ed. Beaux Arts de Paris en librairie). We commend the initiative of the Lebanese tourist office who, aware of the importance of this place, fully supports the project. A.FM
www.destinationliban.com