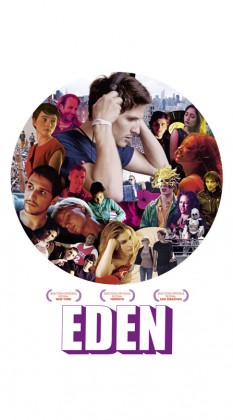 viewed by David Blot, journalist and author, one of the three founders of Respect is Burning, first time actor, and also our collaborator.

An excerpt from his message after the night of the film premiere on the Champs Elysees – poetic, original, above and beyond all the typical commentary on the French touch and cinema. Written on the spot. “Eden is fundamentally unique, literary, deep, disturbing and incredibly human. Eden stems from its subject, the parties, the music, the genre, the excitement, it is marked in time, by family and children, the short screening is so far from us and remains elusive.” A film about life, 20 year-old Sven Løve, the brother of Mia Hansen-Løve, precursor to Garage music, coming from the generation that created the “French Touch”. Without nostalgia or celebration, the film puts its finger on the real gap between everyday, common and sometimes difficult times and the success of this dj, known in a world of electronic music has made dance and vibrates the entire planet with the “Cheers” evenings. A must see!
Released on November 19