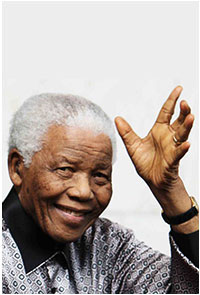 A space dedicated to the arts and culture of Africa, the Caribbean and their Diasporas,

the Musée Dapper is paying a dual tribute to the South African leader.

Two events will celebrate the man who was the first president of post-apartheid South Africa. An evening of reading enabling visitors to hear his soothing voice – sometimes angry, but always tough, Madiba the fighter, and future Nobel Peace Prize winner. Conversations with Myself, his collection of thoughts with a foreword by Barack Obama, and A Long Road to Freedom, a narrative of memories of his captivity, provide the material and words for the readings. There will also be a screening of the Clint Eastwood film, Invictus, revisiting a rugby match that was one of the first steps in the creation of the “rainbow nation”, which was then still in its infancy.
17 and 18 January
www.dapper.fr