The work of an artist 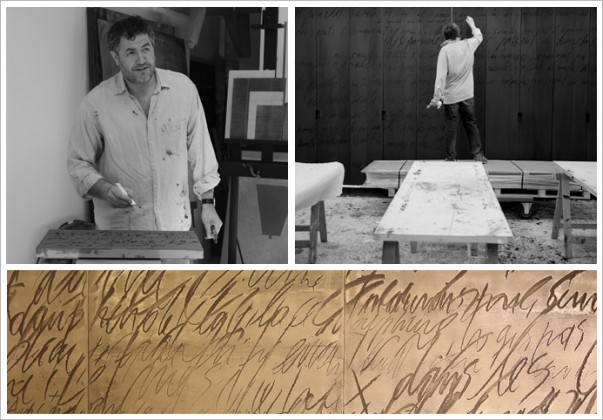 This year, Arnaud Delbarre aspired to offer a new level of comfort to artists by renovating the dressing rooms. Having fallen into disrepair due to ad hoc parties, it is the Studio Maow that recruits artistic master, Pierre Bonnefille, to redecorate the three main dressing rooms, followed by those of the crew. Far from the purely practical demands that typically dictate the surroundings of artists’ dressing rooms, Pierre Bonnefille has redecorated those of the Olympia with boards, to which he applied lava stone powder. A special technique that allows an artist to carve by hand any song lyrics that pop into their head.