One of the main birthplaces of the entire Indian civilisation 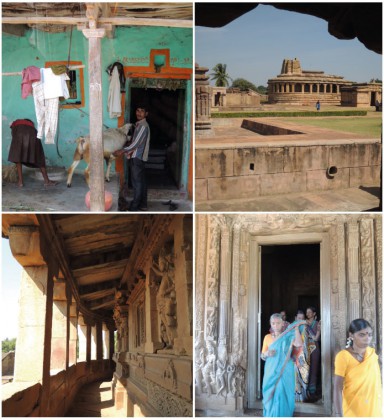 So why is this part of South India still so little known? Perhaps because the former state of Mysore only adopted this name in 1973. Unless it is because Kamataka was eclipsed by the notoriety of certain of its neighbours, including Kerala (in the South-West), the Goa area or Tamil Nadu? With a population similar to France, Karnataka is one of the main birthplaces of the entire Indian civilisation. It was the fief of numerous empires of old India, such as the Kingdom of Vijayanâgra and one of the final fortifications, before the Maratha Empire, against the Mughal domination. An absolute must-visit for any informed adventurer.

In order to reach these sites, a little energy is required. But the beauty is worth the journey. Landing in Bombay, a brief stay in Taj, depart at dawn on a three-hour journey to Hubli, if the airport is open, otherwise to Belgaum and then drive to Badami…