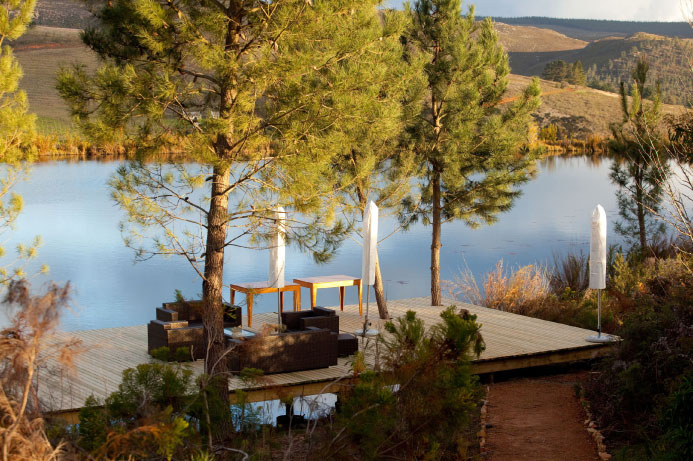 The history of the “Daddy” group is written in parallel with the emancipation of the old centre of Cape Town. Dangerous and abandoned, Long Street has since turned into a hotspot of creative boutiques, excellent restaurants and world-class DJ-sets. Also, after seducing the “early adopters” with the Daddy Long Legs Hotel on Long Street, the owners Jody Aufrichtig and Nicholas Ferguson adapted their unusual concept by radically transforming the old Metropole. And so the 4-star Grand Daddy Hotel – arty, funky and relaxed – was born. Upon a rooftop terrace sit seven gleaming Airstream trailers decorated in the vein of musical themes – such as Afro-Funk or The Ballad of John & Yoko – retro in the style of Pleasantville as a tribute to 1950s America, or very boudoir, all in pink.

With breathtaking views of Table Mountain, this urban caravan park now makes up the last part of the trilogy: the Old Mac Daddy Luxury Trailer Park. Set in the orchards of the Cape region, an hour’s drive from the city, this luxury caravan camp is a collection of creative worlds devised by the designers. 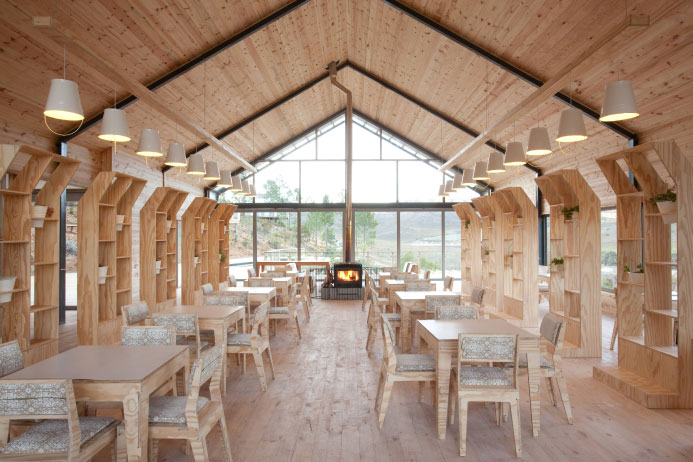 With humour and an offbeat spirit that invite one to play around for a night or two, the Airstream trailer camp is arranged around a central barn, serving as a living space and restaurant.

The interiors are adorned with colour and the imagination of the creative duos and groups. 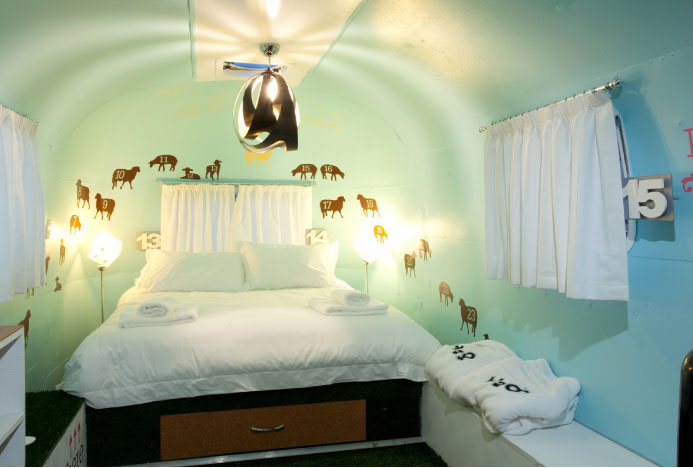 These include: “Dig’It”, a lesson in how to fall asleep by counting sheep, by Nicole Logan. 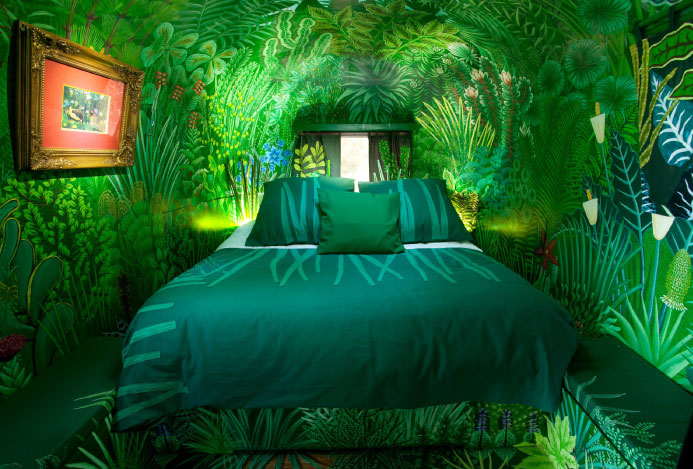 “The Dream”, a kind of eulogy to vegetation inspired by a Henri Rousseau painting, by Sarah Pratt. 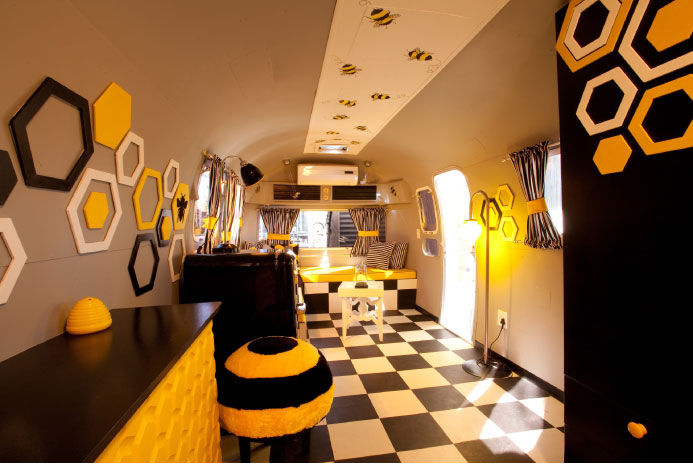 “Give Bees a Chance”, or the black and yellow universe of a hyperactive hive, drawn by Tamara Joubert. 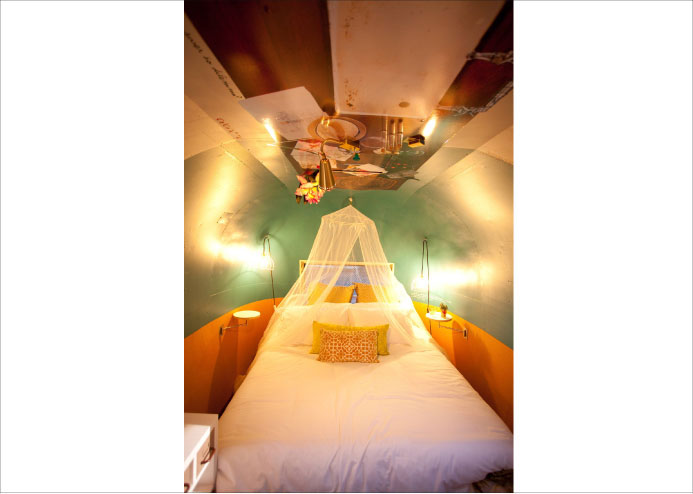 Or even “The Private Life of Plants”, based on the theme of nature and plants, designed by Rod Ross & Tara Carmichael.
Consider it a resolutely creative (and slightly crazy) trip in a caravan planted in the heart of a quiet grove!