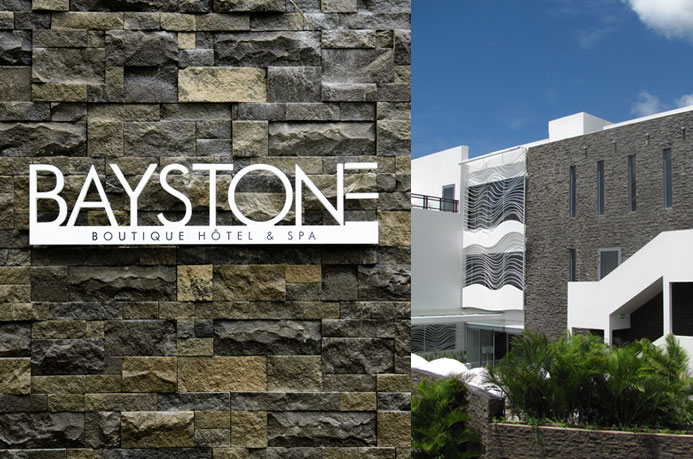 At odds with the usual marks of a Mauritian hotel, the Baystone Hotel & Spa stands its graphic silhouette alongside the beautiful Grand Baie in the north of the island. A flagship for a new elegant design. 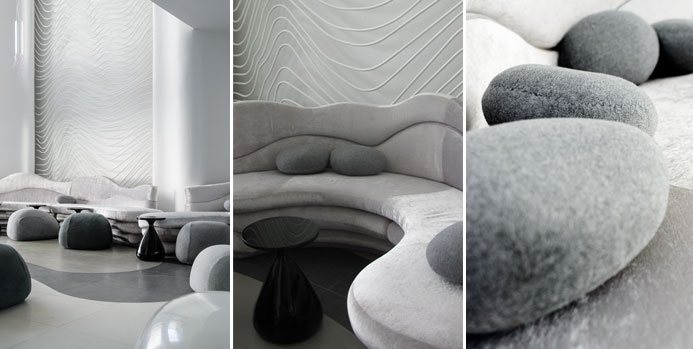 If the outside of the building, located on a small street in the Pointe aux Canonniers, pierces the sapphire blue sky with its angles of lava stone and white metal, the lobby soothes it. A harmony of shades of gray that punctuate the pristine white walls are revealed by a set of soft lights. A ripple of waves unfurl across the walls over an LED system, over the waves of the carpet, accented by the roundness of the large sofas dotted with pebble cushions.

The feeling of serenity that emanates from the décor designed by interior designer Albert Angel transports you into an elegant, refined and comfortable world. The same feeling of well-being continues in the dozen suites that reflect the principles of Baystone design: refinement of materials, simple shapes, and gentle waves. 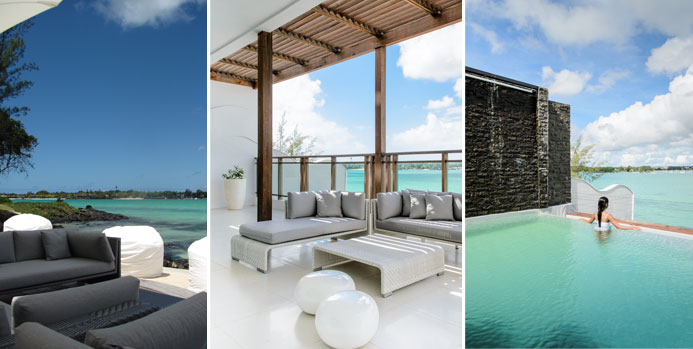 They overlook the beach or extend onto a rough teak terrace, and the views over the turquoise water of the lagoon serve only to encourage meditation. As for the four suites on the second and top floor, they make up a whole other world, with their private solarium and the infinity pool, which extends the sense of vastness. In the kitchen, chef Franco Salon, who has covered the best French and Mauritian tables, reinvents his light and flavourful cuisine every day, producing Carpaccios of fish and other exquisite seafood, as well as making his own chutney depending on the arrivals from the small local suppliers, farmers and fishermen. The spa punctuates this island design, making it ideal for a trip for two looking to be lulled by the sea.