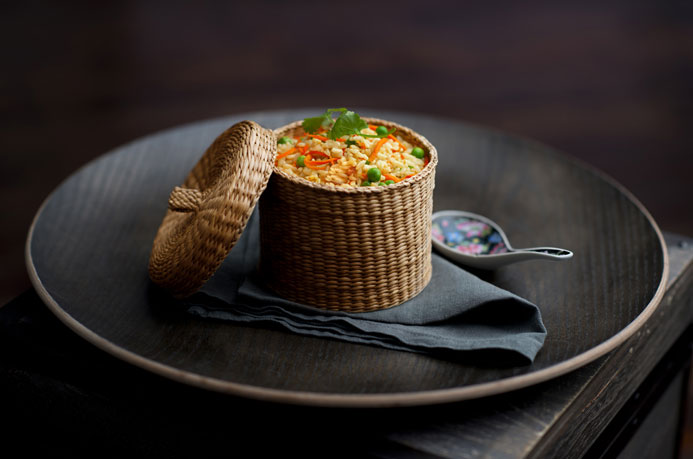 In the home of French gastronomy, classified by Unesco, the art of Asian cooking and its different facets have fascinated chefs and gourmets for decades. New addresses and Asian talent, whether passing through or here to stay, are enriching the Parisian gourmet palette, which is inspired still and always by eastern refinement.

Kyoichi Kinugawa was one of the first Japanese chefs to move to Paris and introduce this very refined and demanding cuisine, in the early 1980s. All of Paris was desperate to taste the traditional cuisine of Kyoto until the death, in 2005, of Mr. Kinugawa. This address is rediscovering its prestige today thanks to Romain Costa, the new owner, and the architects Gilles & Boissier. The warm and quiet ambience of the large upstairs room allows patrons to fully appreciate the true value of the fine cuisine prepared by chef Toyofumi Ozuru. Each of his dishes combines tradition and vision of a contemporary Japanese cuisine. Conceived as an invitation to travel, Kinugawa presents itself as a place where the mind and senses are immersed in a far away land, both poetic and contemporary at the same time.
9 rue du Mont Thabor – 75002 Paris
www.kinugawa.fr 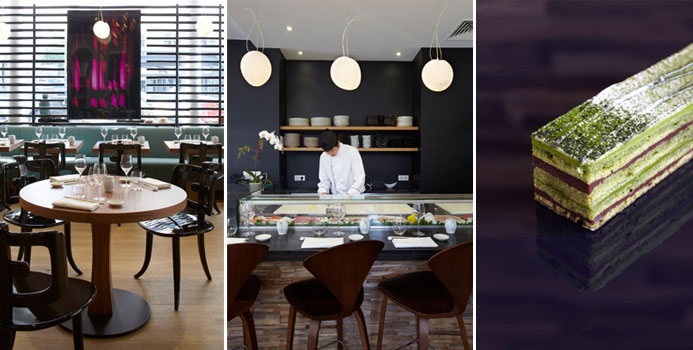 The brand new boutique of La Compagnie francaise de l’Orient et de la Chine has set up an avant-garde Japanese culinary table, Yoko. Korean chef Park Young Kyu oversaw the development of the menu alongside Toyofumi Ozuru, of Kinugawa. A veritable journey of initiation through Asian cuisine, Yoko draws you in with its minimalist, but bright and warm design. With large prints on the wall, zen furniture and a sharp and flavourful cuisine are on the menu of this address, which could quickly become a must-see. The bentos are mouthwatering, the maki and Californian rolls beautifully marry flavours from the East and West, and some dishes (such as the beef tataki, as spicy as you wish) can be enjoyed as an appetizer or main course, depending on the size of the plate. As with all other Romain Costa establishments (Kinugawa and Orient Extrême), the dishes provide total gastronomic pleasure, with an extra touch of sophistication.
35, rue de Courcelles – 75017 Paris
www.yoko-paris.fr

Far removed from the usual Chinese restaurants that we usually see, TaoKan is a haven of design. A lounge atmosphere and refined decor welcome you into the space that was previously Yakijapo, one of the first Japanese restaurants in Paris. The owner, Christopher Doe, has developed after many years spent between China, Taiwan and Hong Kong a new vision of the cuisine we know as Chinese, honouring this refined and delicate gastronomy. Don’t look for the usual Chinese clichés at TaoKan. Here, there are only simple dishes (made exclusively with top quality, fresh ingredients) created by chef Tien-Dat Au, former chef of Madame Ly. Rather than doing an inventory of the wealth of different Chinese cuisines, the chef has focused on the cuisines of Hong Kong and Shanghai, famous for their fish and seafood. From the off, a healthy and delicious cuisine, with graphic designs carried by refined dishes.
8, rue du Sabot – 75006 Paris
www.taokan.fr

Sure, this address is not very Japanese but Philippe Conticini, who presides over the creation of the delights from this House, is offering a range of sweet delights flavoured with green tea this autumn. The pastry chef wanted to pay tribute to Japanese cuisine and its gourmet delicacy. But he is also giving a nod to the new address, which just opened in Kyoto before Osaka (late November). The star piece of this collection, the Kyoto-Brest reinvents the Paris-Brest with the unprecedented marriage of a very sweet almond cream with “azuki” , a concentrated red bean paste and fresh mango. It is delicate, elegant and absolutely delicious. Amateur gourmets will enjoy tasting the matcha tea cake, the langues de chats and the tea flavoured biscuits.
111, rue de Longchamp – 75016 Paris
www.lapatisseriedesreves.com


Only a few months had passed after the opening of the gastronomic Chinese restaurant at the Shangri-La Paris when Chef Frank Xu received his first Michelin star. In recognition of his great talent, Xu has immediately placed Shang Palace at the top of Chinese addresses in Europe, or maybe even the world. Already famous for its dim sum, made with pastry of an acrobatic finesse, the chef now offers a new lunch menu devoted entirely to these Cantonese bites. Served from Thursday to Monday, it allows you to explore the subtleties of different fillings, served with rice, vegetables and tea. Journey to the land of guaranteed flavour.
www.shangri-la.com

Le Royal Monceau Raffles Paris is open for the winter season with a great Japanese chef, Nobu Matsushita and his team of sushi masters. This is the opportunity for the chef who revolutionized the world of Japanese cuisine to help you (re)discover the signature dishes that made him successful from Las Vegas to Athens, Tokyo and Mykonos. Urchin sushi, Otoro tuna sashimi and chûtoro, Chilean sea bass with spicy jalapeno sauce, spicy tuna sushi roll and Kushiyaki Wagyu beef skewers, Nobu is proposing a contemporary and cosmopolitan vision of Japanese cuisine at the confluence of Asia and South America. It would almost be an honour to taste his dishes, until the end of December.
www.leroyalemonceau.com


Created by three lovers of Asia – Thao, Marc and Mathieu – Mum Dim Sum is the latest address to open in Paris where one can go to consume these morsels of steam. The chef Thao prepares the dim sum on site with subtle flavours of herbs and spices that flavour the recipes made with meat, fish and shellfish. As for the decor, the atmosphere is decidedly urban and refined, closer to the “canteen chic” spirit of a New York style Chinese restaurant.
www.mumdimsum.com

A modern canteen in the style of an old Indochina bar, Sai – as in Saigon – wants to be the link between the flavours of Asia and Paris. Here the Bo Bun, a Vietnamese specialty, is revisited and reproduced in all its forms: beef, chicken and spicy satay, lemongrass shrimp, vegetarian…Each variant is imbued with a country of Asia: from Vietnam to Indonesia through Japan. As for the atmosphere, the grand oak host tables take pride of place in the room. Soft light emanating from a swarm of filament bulbs, a lush green wall, and refrigerators adorned with exotic woods filled with colourful boxes bring a delightful touch of “Indochina”.
9, rue de Ponthieu – 75008 Paris
www.sai-bobun.fr


Far removed from any prestigious address or refined restaurant, Ma Kitchen is a small corner of South Korea in the heart of Paris. At the origin of this “take away” spot with its clear and minimalist decor, are two young women: Yoonsun, the “good girl” and Min-hee, the “harlot”. Two pint sized women making unbelievably delicious food, using only the freshest ingredients. And don’t risk arriving at the end of service: there might not be anything left. The success of their soups, bibimbap served with lots of jet fresh vegetables, and green tea cake is such that the fridges are often empty early. A very good address that we would like to see more of in Paris!