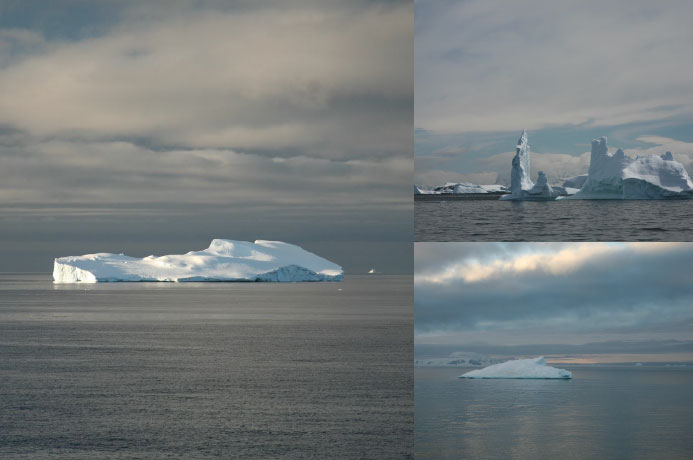 A great white continent and the final frontier of the world, Antarctica has long been known as Terra Incognita as it remains inscrutable to us. A mystery, it causes one to think of cold and frostbite, southern nights (too dark or too light) and a desert of men. And because 98% of its surface is covered with a layer of ice with an average thickness of 1,6 km, as the largest icecap and freshwater reserve in the world, Antarctica is the coldest, driest and windiest continent with katabatic winds of up to 350km/h. 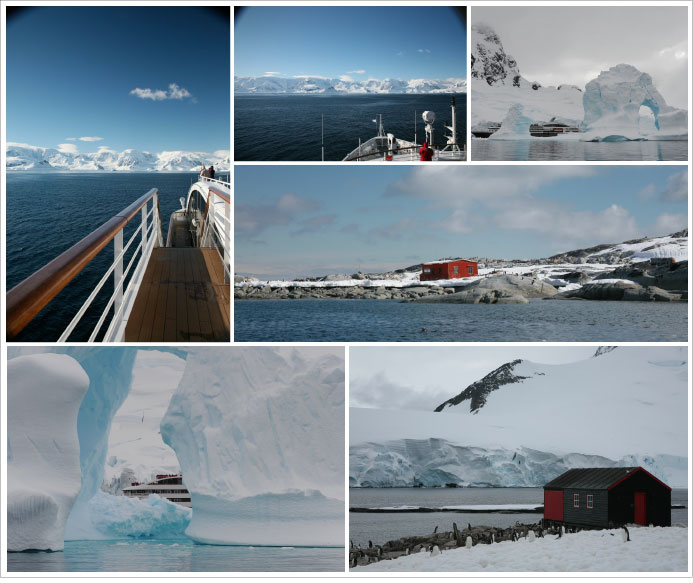 Antarctica is described almost exclusively with superlatives: one must brave the extremities with humility to take it on. It starts with the Drake Passage to the south of Cape Horn where angry waves swell with extreme violence. And the nightmare of sailors inside their little huts, the Furious Fifties, which create a wall around the white continent.
Adventurers embark in Ushuaia aboard the brand new Austral de Compagnie du Ponant with a team of experienced guides who provide a reassuring presence. With 5 star cabins and great French food, chefs available at any time and a vast theatre dressed in red velvet, everything seems to be in place for the Croisière S’Amuse. And so, the luxury journey towards the Antarctic Peninsula begins under the best auspices.

After 36 hours at sea. Land is in sight…again we want to believe in a land, a piece of tangible ground. But there is nothing like this: Antarctica is a white line that runs along the horizon. An imprint of the cold. Steeped in silence, its image oscillates between the roll of the boat and the impulses of the roaring wind. The view is serene at first glance, yet it speaks an intense language: that of the cracking ice and creaking crevasses, of the ice which undulates like a huge sail, and the tides and icebergs that trap everything in their path.

Land of the extreme(s), Antarctica plays the beautiful cyclothymiac: in one day, she plunges from a windy state of despair to a crystalline ecstasy. In a tender dawn, she congeals into a scowling visage of rocky outcrops. Immaculate, she is dressed in a white fluffy coat before soiling her profile with volcanic hills and beaches of black ash… 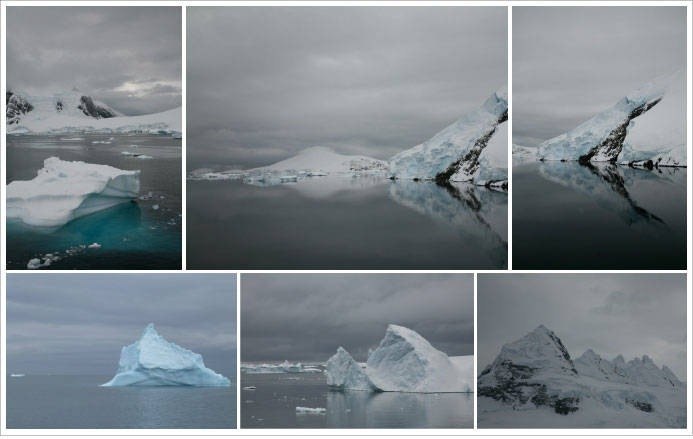 Inhabiting this region like hundreds of evil spirits (or kami as the Japanese say), the icebergs sculpt each map of chiselled shapes: they bend and widen into arches, they stretch – and almost stride – towards sharp peaks. Constantly drifting, these ice giants populate every horizon, revealing all the nuances of Antarctica: they emphasize the glazes of faded blue, pale pink and bright yellow, vibrate with a glowing blue, cover themselves with white chalk, and paint on shades of gray like layers of makeup. 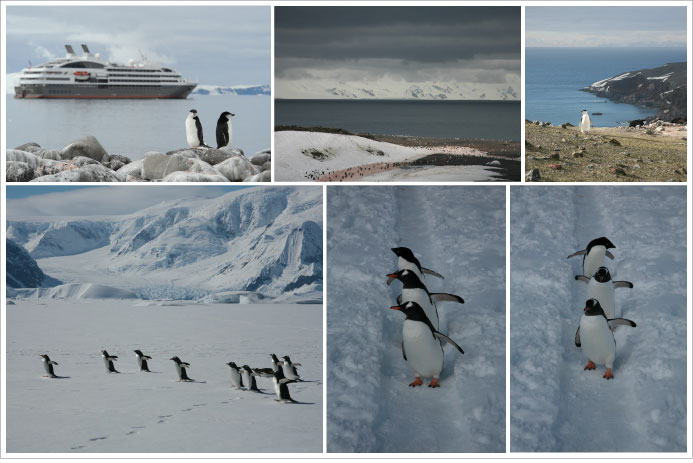 And then there are the penguins: agile underwater, staggering (though expertly) on the surface, they tackle all the terrains and conditions with a most contagious enthusiasm. Even better, in certain places, you can see the Penguin Highway, where they form a bicolor trail as they roam – white chests forward before the descent, black back on the upward path – to descend and ascend to their nests. In the face of the hubbub of a colony of 100,000 penguins after having fully ‘reforested’ the mountain trails, we remain fascinated by this spectacle of nature…far more entertaining than even the best cartoons!

Throughout the day, the closer you get, the more Antarctica recoils, revealing an ever-larger landmass. The ultimate refuge, it does however gather all dreams. Projecting, from morning to night, dreams on the big screen…It is enough to simply watch: from its hiding place at the bottom of the earth, it magnifies the elements, all sprinkled with a protective white, holding its breath so that everything is peaceful, inventing unexpected sounds and (even) standing up to mankind.
Antarctica: the culmination of all the tours of the world.

“As I look out to sea, the sun goes down gradually, the shades of blue are so varied and so soft, the icebergs have become more crude, and soon the dark blue of the cracks and crevasses are all that persist. It gradually succeeds with an exquisite softness and a colour that is now pink, and it is so beautiful, that in asking me if I dream, I would like to always dream of this. The sky becomes an iridescent pearl shell, merging without encountering, all the colours of nature … ”
Jean-Baptiste Charcot “The French in the South Pole”, explorer (1867-1936).

During all austral summers (late November to early March), the Austral de Compagnie du Ponant sails in the waters around the Antarctic Peninsula with, or without, a stop in South Georgia. The Journey of a lifetime.