A Cinematic Walk through Iceland

Iceland is the new darling of Hollywood. Major U.S. studios flock there to film their blockbusters in the breathtaking natural scenery of the island.

The mega-production “Noah” with Russell Crowe that was filmed here will be in theaters on April 9. “The Secret Life of Walter Mitty” starring Ben Stiller, was shot on the glaciers, in the mountains, on the plains and volcanic beaches of Iceland. Today, one can wander through these wild landscapes in the footsteps of Tom Cruise (“Oblivion”), Clint Eastwood (“The Flags of our Fathers”), Angelina Jolie (“Tomb Raider”), and the heroes of “Thor” or “Game of Thrones”. Also drawing attention are the many music festivals that illustrate the fierce energy that animates the Icelandic music scene. And not to mention, the array of innovative and daring restaurants that make Reykjavik a totally “hot” city in the land of cold… 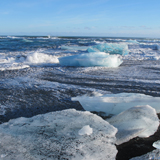 By Ludovic Bischoff Population: 320,000 inhabitants
Capital: Reykjavik
Area: 100 000 km2
Culinary specialty: lamb, in all its forms!
International ambassadors: Bjork (visionary singer) and Eyjafjallajökull (volcano known for blocking the movement of all aircrafts around the world in 2010).
Prepare your stay: www.inspiredbyiceland.com 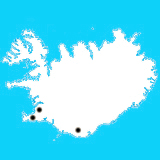