Maximum: from industrial waste to design! 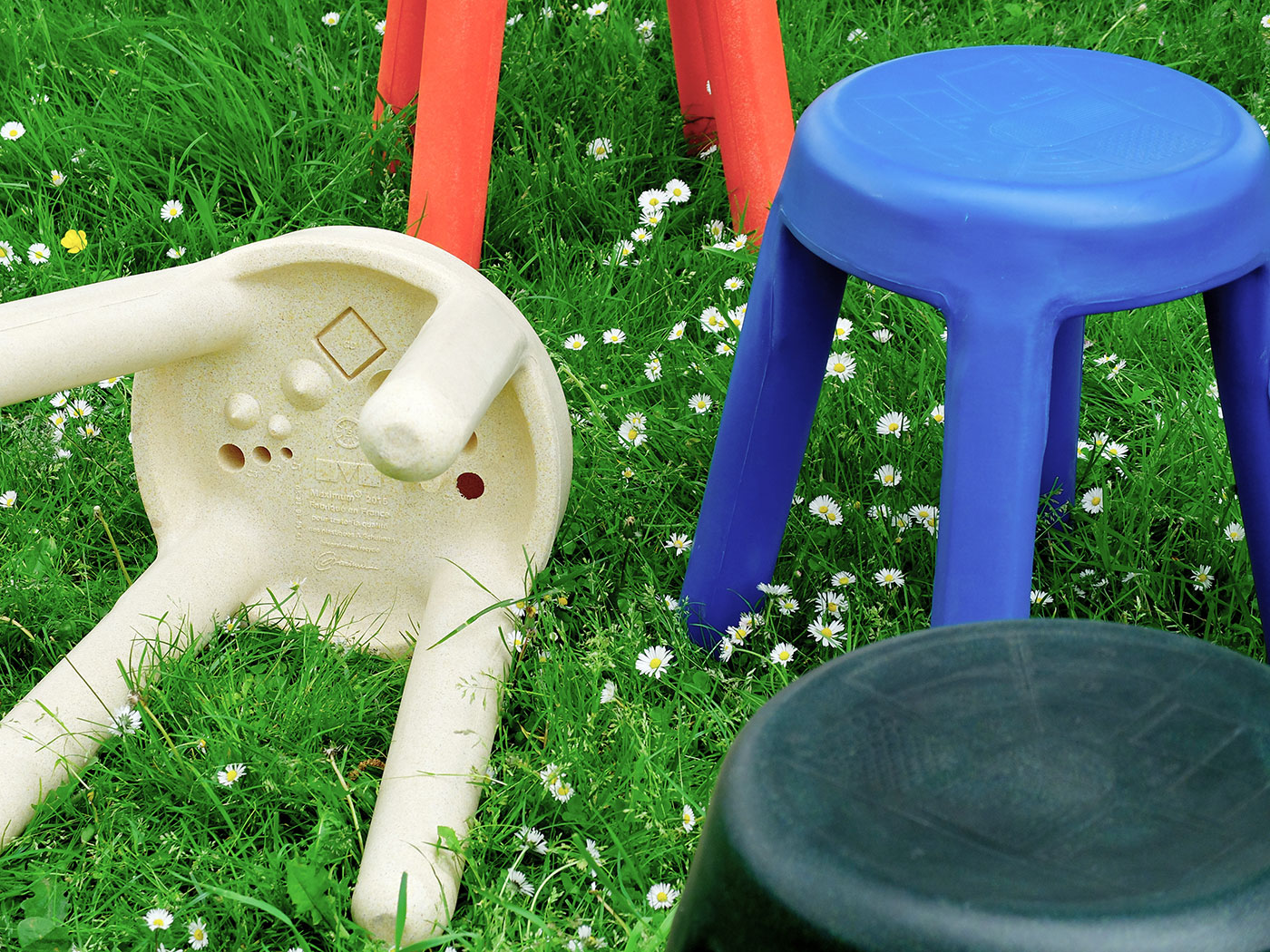 
Maximum is a young furniture factory that draws its raw material in the losses generated by the industry. Result: unique, design and colored furniture, which have a very low environmental impact since they are constructed with materials destined for destruction …

“Our resources are dwindling while our waste pile up. Turning waste into a resource, is solving an equation. “It is with this profession of faith that the three young founders of Maximum greet visitors on their website. A simple credo that hides a design and industrial initiative full of audacity and ingenuity.

Basile, Romée and Armand, who are not yet 30 years-old, have created Maximum as a factory that designs and manufactures furniture – unique pieces produced in series – from material losses generated by French manufacturers. They estimate that 350 million tonnes of material each year end up in dumpsters of French factories. A raw material that they use to manufacture their furniture, beautiful and clever, unique and all a little different. Furniture designed according to the nature and form of the industrial waste they collect in order to re-employ all the work that the industry provided to transform the material into an object.

It is in their vast workshop in Ivry-sur-Seine, just on the other side of the ring road, that their acclaimed creations, used during the Cop 21 forum in late 2015, were born. Furniture that we can admire again in early September 2016, as part of the Paris Design Week. Maximum has in deed been selected as part of the Now, the Off at the Cité of Fashion and Design.

Basile and Romée had this idea of ​​using waste and other industrial waste while they were on the benches of the ENSAD, the School of Decorative Arts in Paris. They called their friend Armand who was at the EM Lyon to ensure the management part. And the adventure began. “What we like is the opportunism to fall on materials destined for destruction and build from them, furniture projects,” says Romée. When reading this ad of a manufacturer who wanted to get rid of 127 glass plates, they bought an old truck and left loading some 9 tons of glass panels in perfect condition. “The ad was online for three years! The guy was desperate to get rid of! “With their glass plates, now what? “We wanted to turn them into desks, but we needed the feet. This is where we came across a stock of old scaffolding. By reusing this structure, we designed desks, of three different heights, which were used during the Cop 21 “. Even the paint that covered the scaffolding parts comes from paint dust. And that’s how was born the table Clavex 680!

It is the same for their Gravêne 75 harmchair. They found a manufacturer who colors plastic. Whenever he has to serve his machines from one color to pass another, gallons of plastic in fusion spread on the floor forming plates which, once cooled, must be disposed of as waste. Maximum therefore proposed to this industry to recover this quality raw material. The molten plastic now runs on a mold that forms the shell of this hyper trendy harmchair. The feet are designed with floorboards intended, also, to be destroyed. Result, the plastic industry saves the cost of destroying what was then a waste and becomes a new raw material giving life to design and unique seats! The Rotoman and Rotoboy stools were born following the same procedure. While the plastic industry manufactured in each production, a test object without value, it now runs its plastic into molds provided by Maximum. The result is colorful stools that are born without costing almost anything…

“This is the waste that influences the design to achieve new forms, inherited of unwanted productions. A virtuous circle in which we strongly believe. Why developing new natural resources while we can use some instead of destroying them?” Question the three young entrepreneurs that bring new life to waste materials by sublimating them to create design and utilitarian objects. We love it. And we predict them a bright future …