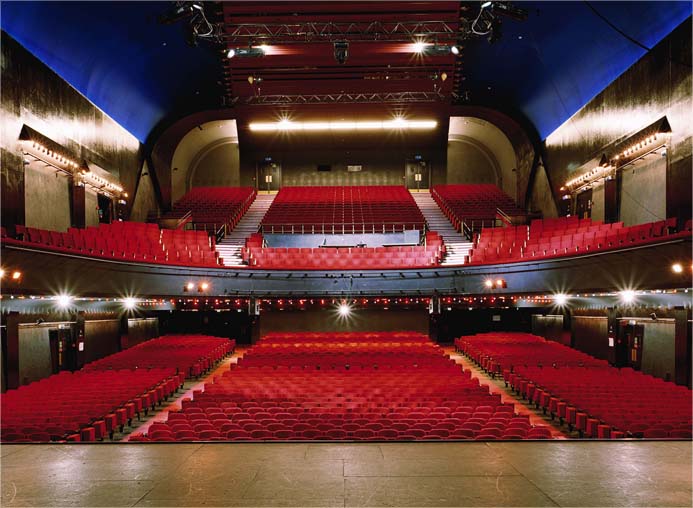 L’Olympia: the rebirth of the mythical parisian concert hall

With more than 300 shows every year, 2000 seats and 14000m2 over three levels, the Olympia plays its cards close to its chest in the heart of the Madeleine quarter. “The theatre only makes up a tenth of the total surface area”, reveals the Olympia’s director, Arnaud Delbarre.

It is one of the most mythical concert halls in the world and has witnessed performances by the cream of the crop of French and international artists alike since it was a hustling bustling music hall in 1954. Its legendary owners, Bruno and Paulette Coquatrix, leant a helping hand to their daughter, Patricia, in 1978, and her success since then has been unfailing. While this hall may look like a pocket-handkerchief in comparison to the Stade de France, nothing can shake its prestige in the eyes of the public and artists. It is as if the Olympia weaves an invisible and intimate thread, linking performers and their audience.

To the point that in 2001, Universal Music didn’t waste a moment in offering its services to this piece of history. From that moment, the musical major is still doing renovations in the public area.
And this year, it’s the dressings rooms’ turn with the idea to wrap the artist in a protective cocoon, by escaping the starched clichés of heavy cloth and theatrical red. The result is refreshingly contemporary and resembles a hotel suite more than a dressing room – by any traditional standards. Taupe velvet, ebony furniture, orange lacquer – a nod to the Bar Marilyn – and above all, calligraphy by Pierre Bonnefille, student at the Ecole Boulle.