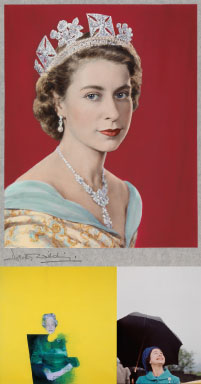 The Queen Art & Image, Cardiff. Queen Elizabeth II is being exhibited at the National Portrait Gallery: presented with 60 different faces, created by the hands of big names such Pietro Annigoni, Cecil Beaton, Lord Lichfield, Andy Warhol, Lucian Freud, Gerhard Richter and Chris Levine, the Queen is celebrating her sixty year reign in plenty of colour. A modern view of the British monarchy, accompanied by films, stamps, portraits and other highly visual unofficial releases.
To discover at the National Museum of Northern Ireland until January 15 before the show closes for the London Olympics.
www.npg.org.uk/whatson/exhibitions/

“Light Years: Conceptual Art and the Photograph, 1964-1977”. A pioneer movement, Conceptual Art put photography at the forefront of the artistic scene and succeeded, by the mid-60s, in establishing it as a medium and vehicle in its own right within contemporary art. For example, Ed Ruscha, Bruce Nauman, John Baldessari, Eleanor Antin, or Sigmar Polke made photography just as avant-garde as the  paintings and sculptures of the time. Thus the exhibition “Light Years: Conceptual Art and the Photograph, 1964-1977” examines the influence of this trend on Conceptual Art itself: consisting of new hybrids, photography has abolished certain classifications – within the book of art, film, painting and sculpture – and paved the way for contemporary art, where all mediums coexist.
To discover until March 11, 2012 at Regenstein Hall, Chicago Art Institute
www.artic.edu 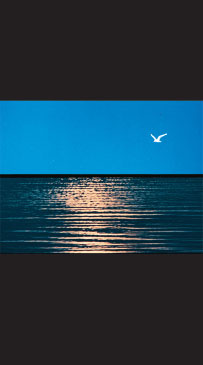 Whitney Museum: Three landscapes and a film by Roy Lichtenstein. Whilst the profile of Roy Lichtenstein has never been so high, some virtually unknown work of the incontrovertible artist of the Pop Art movement has resurfaced at the Whitney Museum, New York. With Three Landscapes, we rediscover the passion New Yorkers have for the movies. Exhibited in Los Angeles in 1971 as part of the avant-garde exhibition ‘Art & Technology’, the video installation is projected on three screens simultaneously – hence the name, ‘Three landscapes and a Film’ – reborn like a phoenix. In fact, the films shot in 35 mm have recently been meticulously restored at Universal Studios in Hollywood.
A rare piece of work, in action.
Until February 12, 2012
http://whitney.org 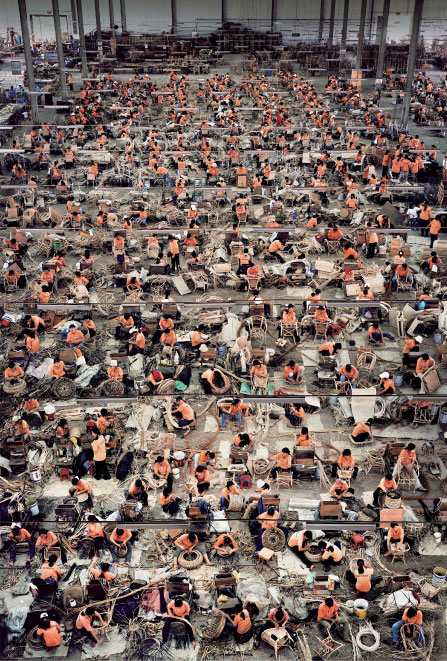 Andreas Gursky at the Louisiana Museum of Modern Art. As one of the photographs of Andreas Gursky – Rhein II – recently beat all sales records at Christie’s, selling for a price in excess of $4 million, the Danish Museum of Modern Art in Louisiana decided to dedicate a major exhibition to the German photographer. 40 huge prints make up the heart of exhibition, but some small format prints will also be shown to play on the notions of scale and mise-en-scène that are dear to the artist. After feeling the initial emotion of ‘photographic perfection’, one quickly realizes that his hyper-realistic staging annihilates those who make them. Called “visual structures or visual systems” by Andreas Gursky himself, this immense tableaus eradicate, through repetition, standardization or distance, the essence of the subjects. This is a way for the artist to push the visitors to cast a critical eye on the world in which he lives.
From January 13 to May 13, 2012
www.lousiana.dk