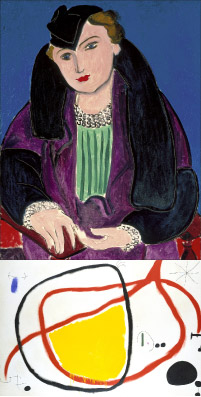 Nahmad Collection in Zurich. Based in Monaco, the Nahmad family is known for the quality of their modern art collections. Indeed, it would have been their name that supplied many of the major auctions of recent years.
Reconciled for the first time at the Kunsthaus Zürich, one hundred masterpieces have come together to reveal pieces by Pablo Picasso, Matisse, Modigliani, Kandinsky and even some of Claude Monet’s later paintings  in iridescent colours.
If the collection seems to exclusively follow the major players of art history, it does also present some more unique features, with a nod to the late Impressionist era with Renoir, Degas and Seurat from the end of the nineteenth century, passing through Cubism and Abstraction, all the way up to Surrealism.
Salvador Dalí and Max Ernst join together in an exceptional group with Joan Miró and form a truly amazing journey through the highlights of the Moderns.
The Nahmad Collection is an exhibition that is not to be missed.
Until January 15.
www.kunsthaus.ch 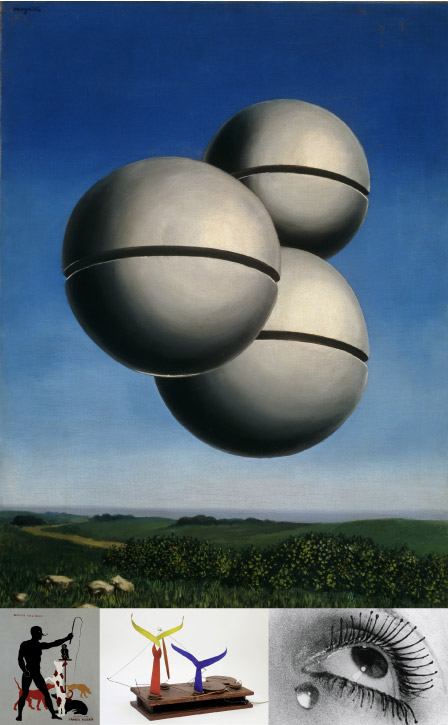 Surrealism at the Fondation Beyeler. The Fondation Beyeler is presenting, for the first time in Switzerland, a major exhibition devoted to Surrealism in Paris, one of the most copied literary and artistic movements of the twentieth century. Inspired by the writings of Sigmund Freud and under the guidance of André Breton, the surrealists sought then to transform the representation of life and society. In the building designed by Renzo Piano, one discovers more than 200 masterpieces by Salvador Dalí, René Magritte, Joan Miró and other Surrealist artists. Other than these masterpieces and seminal works, the most alluring point of the exhibition is the presentation of the personal surrealist collections of Peggy Guggenheim and Simone Collinet, the first wife of André Breton. Objects, photographs, drawings, manuscripts, jewelry and films, this exhibition seems to cover the surrealist question.
Until january 29 2012.
www.fondationbeyeler.ch

Beckmann in Basel. If we see Max Beckmann (Leipzig, 1884 – New York, 1950) as one of the giants of modernity, he considers himself as the last of the great classical masters. Better yet, if he had not participated in the avant-garde movement of the twentieth century, his work would remain marked by impressionism, expressionism, New Objectivity and abstract art. Known as a painter of the “human condition”, he has also concentrated heavily on landscape painting in order to revitalise it in an exceptional manner. Organized by the Kunstmuseum Basel, the exhibition focuses on landscapes and presents 70 paintings, including masterpieces such as The Port of Genoa (St. Louis Art Museum) and The Beach (Museum Ludwig, Cologne): from here and there, views from windows, curtains, balustrades, columns and heightened view points all play a mediating role between living space and nature unlimited.
At the same time, two other German exhibitions are enabling us to appreciate, in a more upstream fashion, all the work of Beckmann: “Max Beckmann. Face à face” at the Musée des Beaux-Arts in Leipzig (September 17, 2011 – January 22, 2012) and “Max Beckmann et l’Amérique” at the Städel Museum in Frankfurt-sur-le-Main (October 7, 2011 – January 8 2012).
www.kunstmuseumbasel.ch

Museum fur Gestaltung, Zurich: Highrise, Idea & Reality. Architectural evolution follows a logical contradiction that is inherent in man and, when pushed to its limit, it will give life to all sorts of new terrains of expression. Terrains that lead to unbridled construction, as seen in Brazilian favelas and Chinese shanty towns that look like something straight out of a bad science fiction movie. Conversely, archiectural development is now exploring areas of ever more extreme isolation, found at the top of erected towers like a new Babylon. Considered the preserve of an elite in Europe, they are emerging, taller than ever, like isolated islands, or trophies, in modern cities. Focusing on this contradiction, the exhibition “High-rise: Idea and Reality” organized by the Museum für Gestaltung de Zurich aims to redefine the concept of buildings and skyscrapers in the 21st century. With a fact at first: half of the buildings erected on the surface of the globe have emerged over the past decade. Yesterday another prestigious vehicle of image and power, today skyscrapers embody the frantic scramble for more immediate housing, and vertical overcrowding. A ‘new standard’ for a multitude of cities like Hong Kong and other sprawling Chinese
cities with unpronounceable names. Until January 2.
www.museum-gestaltung.ch