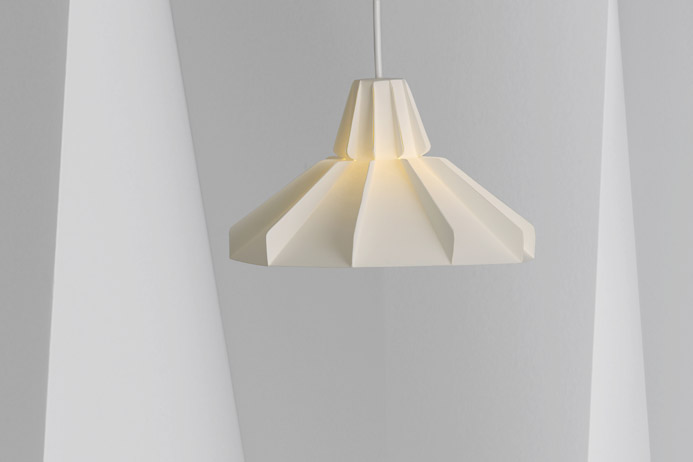 When we think of Swiss design, the success of the  “Helvetica” font is obvious as a timeless reference. In its image, Swiss designers compete in a ‘creativity silent’ to update their classics : aesthetic and technological performance, formal ingenuity and functional simplicity, they distinguish themselves with style.

Pour les Alpes & Franziska Kessler
Consultant, curator and an aesthetic at heart, Zurich-based gallery owner Franziska Kessler travels the world, and Switzerland, in search of the next generation of Swiss design, and supports, at the same time, their work that often goes unrecognized. This is the case, for example, with Pour Les Alps, launched by the creative duo of Tina Stieger and Annina Gähwiler, who create incredible wooden cabinets and drawers, thus reviving the best traditional skills of the five artisans from Graubünden and Appenzell. An initiative supported by the Swiss Arts Council, which reconciles heritage and creativity.
www.franziskakessler.com / www.pourlesalpes.ch/Projects/2

Atelier Oi
Founded in 1991 by Aurel Aebi Neuveville (1966), Louis Armand (1966) and Patrick Reymond (1962), Atelier Oi creates centres of interest. Jacks-of-all trades, they oscillate between architecture, design and set design, whilst teaching at ECAL for the past ten years. Sought after by prestigious companies – over the years, they have completed projects for Ikea, Wogg, B&B Italia, Foscarini, Louis Vuitton and Bulgari – they are regularly invited to create sets for various institutions, including the Swiss National Museum. However, these three modest men in their mid-forties often find themselves at odds with the star system of their elders. Insistent upon the idea of a ​​team – Oi comes from troika – they prefer the idea of ​​a label to a signature, relying on an atypical course and practice that is largely based on experimentation, material handling and the consideration of its requirements. With these guys, a tight rope and its properties lead to the contemporary reinterpretation of a chandelier, a match inspired a range of furniture and a diamond setting was transformed into a building facade. And to complete this run, the Atelier has recently took possession of an old Motel, which is now known as M(oi)tel, a place of work, experimentation, cultural exchanges and events.
www.atelier-oi.ch

Tomas Kral
Although originally from Slovakia, Tomas Kral has all the makings of a modern Swiss designer. A double degree from ECAL (in Industrial Design and a Master in Luxury Design), he has run his own studio in Lausanne since 2008. Passionate about materials and the specific processes related to them, he explores the properties of cork, glass and ceramics to shape contemporary objects. Respectful of tradition and craftsmanship, he revisits with them with simplicity, humor and creativity. Exhibited in galleries such as Libby Sellers, Kreo, Helmrinderknecht and even the Design Museum of Zurich, his work has certainly become one of the most valued from Switzerland today.
www.tomaskral.ch

Raphael Von Allmen
A flexible material, fixed on a stable base: this is the essential principle of the ‘Plastic Back Chair’ by young designer Raphael von Allmen, who graduated from ECAL in 2007 before working for a year as an assistant to Pierre Charpin and Christophe Marchand.
A no frills concept, his “chair kit” manages to fit into a folder, made from a synthetic material, on a stable base. His approach is not only remarkable, but his chair quickly convinced the jury of Swiss Design Awards, that it was the best.
Also a set designer, Raphael Von Allmen recently finalised the staging of the exhibition “Pièces rapportées: regards croisés sur la collection Fridel et Witold Grünbaum” at the Musée d’Ethnographie in Neuchâtel.
www.raphaelvonallmen.com

Florian Hauswirth
After helping the greats – like Jasper Morrison, the Bouroullec, Antonio Citterio, Philippe Starck etc. – to develop their prototypes on behalf of Vitra, Florian Hauswirth then assisted English duo Barber & Osgerby before launching his own creative platform: called “Postfossil”, it educates users in matters of recycling through a critical design approach. His ceramics emphasise form and fluidity, his Tea Light suspensions were inspired by the gluing of envelopes to compose a luminous ecological universe and his Doubleface vase in ceramic and cherrywood recently won a Wallpaper * Design Award. A talent to follow.
www.florianhauswirth.ch

Ski Peak
Faster, faster…developed by Simon Jacomet, Zai skis are a canon of technical performance and aesthetics. By using a combination of a priori incompatible materials, the Swiss manufacturer works carbon fiber sinto the surface and into the heart of the ski, made from walnut, cedar, (or stone!) following the rules of the art, and Helvetian tradition. The prestige of these skis has even attracted brands such as Bentley and Hublot who call upon Zai to create unique designs.
www.zai.ch