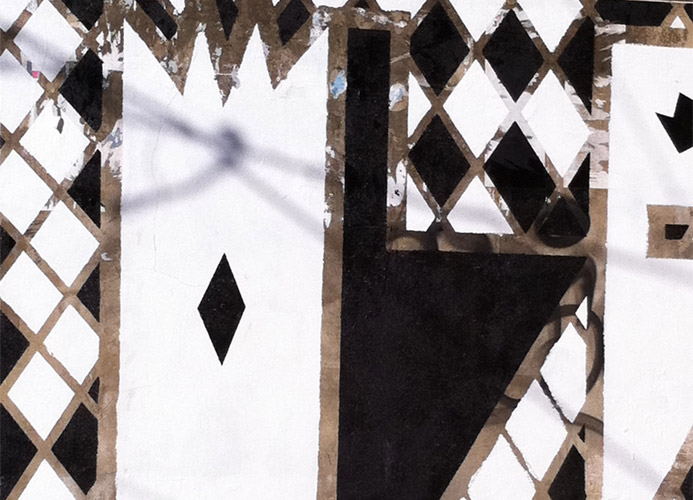 Despite having made a name for itself as the capital of luxury in the Middle East during recent years, Beirut still manages to retain many of its charms. Recently described by the New York Times as one of the “must see” capitals of the world, Beirut is hot property. Boiling hot.

Nicknamed the “Paris of the Middle East” during the 1950s and 60s, Beirut seems to recall the heyday of the past, whilst teaming with new addresses and a party scene that attracts a youthful crowd with a penchant for flamboyant celebrations. After years tarnished by war, life here is priceless. Each day, a gift.
Aside from the fashion houses and boutiques that are currently spicing up Beirut, young Lebanon is also illustrated by the remarkable characters who inhabit it: designers, artists and entrepreneurs – such as Rania, Mazen, Karen and Joe – who work tirelessly everyday to bring an international dimension to their capital. Describing Beirut as the city of all possibilities, they are likely to have perfected their trades in London, Milan, Paris or New York before returning to the country, this bubbling melting pot of new opportunities. The determination to rebuild their country runs deep within the locals, and they are rewriting it’s story in their very own style: whilst Joe shoots black and white portraits of the creative scene, Mazen continues to surprise, having exchanged his war reporter cap for that of a brewer. Meanwhile, Karen is busy designing furniture and interiors, which have in turn inspired Rania, who runs her new café-library, ‘Papercup’. In Beirut, everything (still) seems possible.

Maison Rabih Kayrouz
Another figure of the revival, Rabih Kayrouz is expressing himself in a refined fashion. Trained in 1991 at the Ecole de la Chambre Syndicale de la Haute Couture in Paris, the designer carried out his apprenticeship at Dior and Chanel before returning to Lebanon. Then, upon his return, he happily carried the nickname ‘le Parisien’, in reference to the minimal refinement that characterises his cuts. Presented in Paris, his designs are almost like diagrams, halfway between the clothes of Madame Vionnet and Yohji Yamamoto. Airy, and hardly accessorised, they deploy themselves with purity, thus propelling the designer to the forefront of the contemporary creative scene. “I love cutting with a single piece of fabric: it reveals the soft and clean comfortable side of Oriental dressing,” explains the designer. It seems as though Lebanon has a new big name in fashion on their hands.
www.maisonrabihkayrouz.com

Madame Rêve
By dreaming of jewellery, Lina Chamma and Hala Mouzannar have given life to their most gifted creative desires: in a fantastical, circular arc shaped boutique, necklaces, bracelets and minaudières portray a unique story. As a way of revisiting the past, they mix vintage pieces, forgotten wonders and unearthed charms in the attics to give life to ornaments that make the link between yesterday and today. This is a very special place that draws from different periods of time to provide women with very unusual pieces of jewellery.
www.madamereve.net

Papercup par Rania Naufal
The first bookstore-café opened by Rania Naufal – Lebanese at heart, with an international soul – located in the streets of downtown, Papercup is a coffee shop filled with immense, novel-laden shelves, that were invested in specifically to satisfy the new generation that are hungry for contemporary culture. Offering a careful selected collection of creative works and sophisticated editions, Papercup is a very unique space in Beirut, where the New Yorker lifestyle of cup cakes and good coffee can live on between two bookshelves.
www.papercupstore.com

Karen Chekerdjian
Working with conviction, the designer Karen Chekerdijan creates objects without compromise: The Disappearance of Objects created for the New York based ICFF a few seasons ago presented an ensemble of objects that reflected their surroundings and concealed themselves. On the one hand, Karen creates collectable pieces for the Milanese gallery Nilufar, on the other, her talent and her repertoire enables her to revisit the ancestral knowledge of her country, such as for this series of silver poufs – carved and chiselled in the mass – and little “Yoyo” tables that resemble oversized dice. Working as a consultant in her spare time, Karen is very much taking over the Lebanon design scene.
www.karenchekerdjian.com

Milia M
Another figure in fashion, another port. Also oscillating between Paris and Beirut, Milla M orchestrates slim fits and butterfly sleeves, oversized sweaters and structured skirts, with a delicate femininity. Precise and colourful, her style is both modern and shimmering just like the mysteries of the Orient: patent gold, reptilian leather, her clothes suggest more than they show through a game of transparencies, pleats and construction. A real testament to Lebanese fashion (which also translates wonderfully overseas!), for everyday way.
www.miliam.com

Annabel Karim Kassar
Recently opened in the heart of the Souks in the city centre, cafes ‘Bali Balima’ and ‘Momo at the Souks’ instantly enable us to understand the neo-Oriental talent of Annabel Karim Kassar. It should be mentioned that the co-winning architect of the Beirut Souks competition was educated in Paris, and it was after leaving the Ecole des Beaux Arts that she went to earn her stripes under the direction of Aymeric Zublena before little by little, starting to split her time between Paris, London and Beirut. Currently working on the future Entertainment Centre project that will soon open in Solidere and on many private residences in Europe and across the region, Annabel Karim Kassar is a talent to watch.
www.annabelkassar.com

Ginette
Created several months ago in Beirut by Lina Naaman, Magda Abillama and the architect Raëd Abillama in the heart of Gemmayze, the concept store Ginette already stands as one of essential landmarks of the Lebanese capital: over 300m2 on two floors, its unfolds as a hyper-selective boutique, a library, a gallery of art and design – which exhibits, among things, the photos of Joe Kesrouani! – and a vintage-chic café-restaurant. A compilation of the best things of the moment, mixed with a taste of Beirut.
www.ginette-beirut.com

Raëd Abillama
Raëd Abillama is a name that circulates everywhere: Jospeh shops around the world, the contemporary cellar of a vineyard in Basbina, Jbel – winner of the Green Good Design Award 2011 – sand-coloured private villas that stretch out against the horizon with strength and simplicity, the architect is the pride of his country as the clean lines of his architecture invites the good-life and contemplation, without being strict or minimal.
www.raarchitects.com